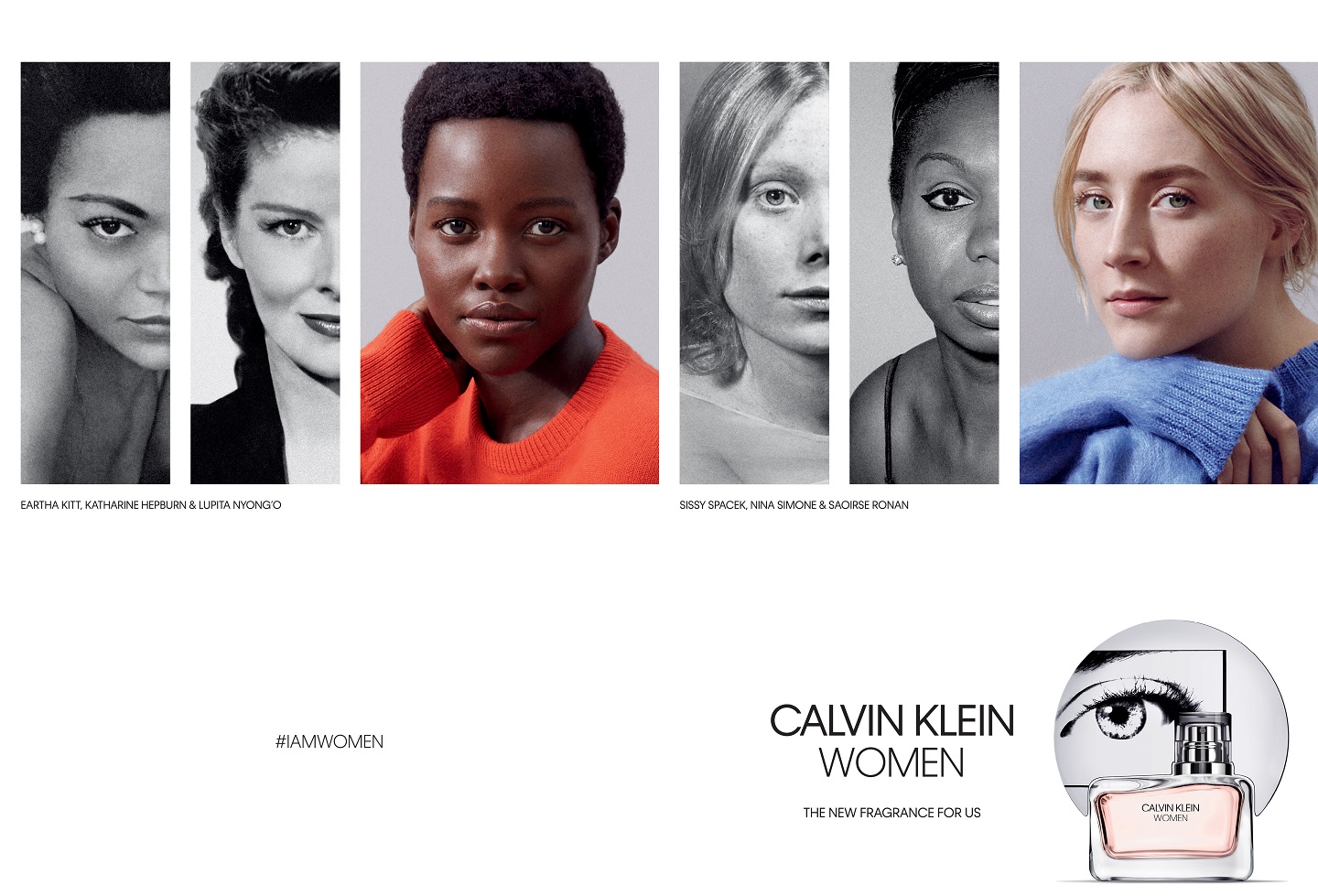 This week, Calvin Klein Fragrances announced the release of their first fragrance in more than a decade.

In a release, Calvin Klein Fragrances confirmed that the campaign champions iconic women and celebrates heroines of contemporary culture. Lupita and Saoirse are featured in the print campaign, in a pair of striking and direct portraits, positioned next to chosen figures from the past who have inspired them – icons of femininity that have shaped their identities, as creatives, and as women.

“With this fragrance, we wanted to put the concept of plurality center stage. The campaign is an exploration of femininity – a group of women bonded by a common thread; the desire to have the power to create their own identity, and to support and lead the way for those that come after them.” said Raf Simons, Chief Creative Officer, Calvin Klein.

Calvin Klein Women is available now at major retailers and at calvinklein.com