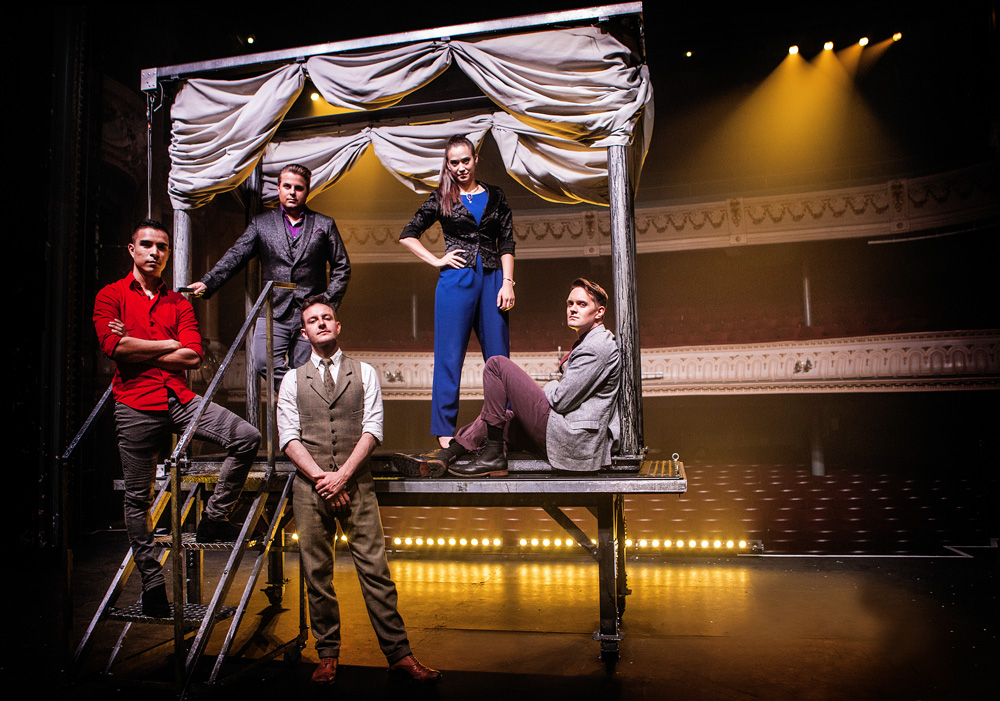 The last couple of years Toronto has been magical during the holiday season, and by magical we mean that you could spend an evening at the theatre watching some of the world’s greatest illusionists plying their trade. As luck would have it such a show is available once again this year, but it’s a different show, with a different group of performers, and it’s an evening you just don’t want to miss.

The show is bookended by a team of illusionists called Young & Strange. The pair have toured the world over, and after just a couple of minutes watching them on stage you can get a pretty good idea as to why they are the hosts for the evening. Their comedy act keeps a smile on your face (I still can’t get that song red light, green light out of my head), and their illusions will keep you guessing as to how they pulling them off. For their end performance they bring out a Vegas-style show that rushes from one trick to the next without taking a breath. It really needs to be seen to be believed.

Next up is Alex McAleer, the mind reader of the show. McAleer has perhaps the hardest bit of the night, as most of the time it’s hard to believe a mind reader is not using audience plants to amaze the crowd. For the first part of his act though you will be amazed. Simply put it might just be the most impressive mind-reading act I’ve ever seen as he tosses a stuffed toy into the crowd to randomly chose the people he will use for his performance. Of course there is some sort of trick behind what he does, but for the first half of his act it’s almost impossible to determine what it is. When he returns later in the show though his work isn’t as impressive and becomes a little too showy and you know he’s just messing with you.

Kayla Drescher is the slight of hand expert, who does card tricks and wows the children in the crowd. Kayla has a charisma though that charms the adults as well, and she moves her hands so flawlessly while distracting your eyes that it’s difficult to detect her movements. She has a running bit throughout the entire evening involving a card that keeps reappearing that will put a smile on your face. David Copperfield once called her The Next Great Magician, and it’s not hard to see why.

The final performer in the show is Mexico’s Fernando Velasco. Velasco is an escape artist, and like all performing escape artists he is a master of making your anticipation levels rise the longer his tricks go on. From escaping a flaming giant steal trap, to getting out of Houdini’s famous water torture trap, you can tell Velasco knows his routine well. While watching him perform Houdini’s old trick was impressive, it might have been nice to have seen him update the routine a little bit and allow the audience watch as he tried to escape being hung upside down and handcuffed while submerged in a pool of water. Still, watching the trick live is something you will want to see.

All in all the two hour Champions of Magic show is something you and your family will enjoy. The intimate venue at the St. Lawrence Centre for the Arts in downtown Toronto helps as well, because it gives you a closer look at what is going on. The show is on now until January 6th.