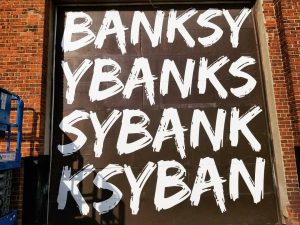 This summer, art lovers will have a once-in-a-lifetime opportunity to view a giant collection of the mysterious Banksy’s art in Canada’s very own the 6ix. The English artist’s pop-culture influenced street art can be found around the world in cities such as London, Israel, NYC, and Toronto. If you’ve been to Toronto, you may very well have walked by the Banksy originals hidden at the corner of Church Street and The Esplanade. Don’t worry if you missed out on those pieces now overlapped with graffiti, as there are over 80 Banksy pieces currently on display at 213 Sterling Road, Toronto, ON from June 13th– July 11th. As the largest Banksy exhibit ever compiled, The Art of Banksy features $35,000,000 worth of sculptures, paintings, screen prints, and installations all on loan from private collectors.  The exhibit even includes the iconic “Girl and Balloon” and controversial “Laugh Now.” 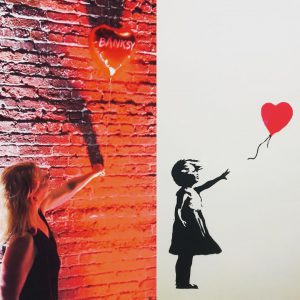 Banksy’s art is positioned as unique in the art community as the anonymity of the artist allows his work to be viewed as absolute knowledge and without fear of contradiction. With little known about the artist, social commentator, and film-maker viewers are able to interpret Banksy’s works from a non-judgement place. Banksy’s satirical, anti-war, and anti-capitalist messages in the form of what some consider vandalism, and others consider art, first appeared in the 1990s in the underground scene of Bristol, London. His ability to create beauty within decaying brick and cracked concreate immediately began to gain a now crazed following. In 1997, Banksy met Steve Lazarides, who shortly there after became his now former-manager and curator of the travelling The Art of Banksy exhibit.

The exhibit is mostly comprised of art sold at the London Turf Wars show from 2003 and the Barely Legal show which took place in Los Angeles in 2006. Unlike Banksy’s raw murals, which belong to the walls’ owners, this art was designed to be viewed and sold within a gallery and still provides art connoisseurs with the same outdoor techniques used in his various graffiti street-art pieces. The exhibit, which is sponsored by Bell Media, offers both time specific and general admission tickets which range from $23.50-$39.99. Children under the age of five are free. 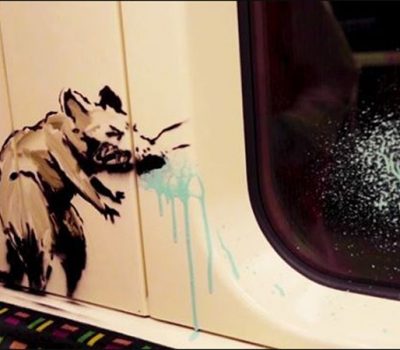 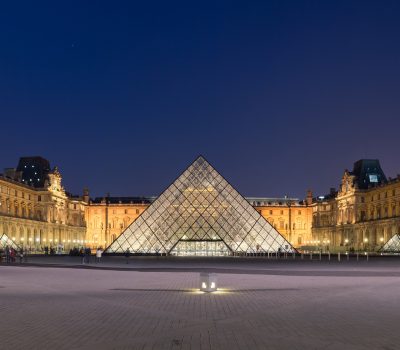 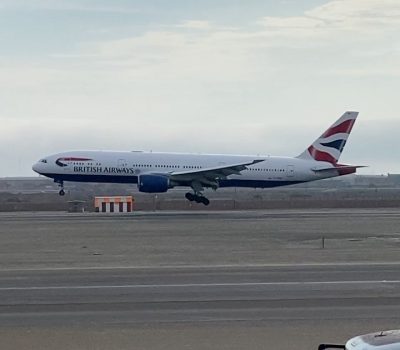 British Airways To Auction Off Some Of Its Renowned Art Collection