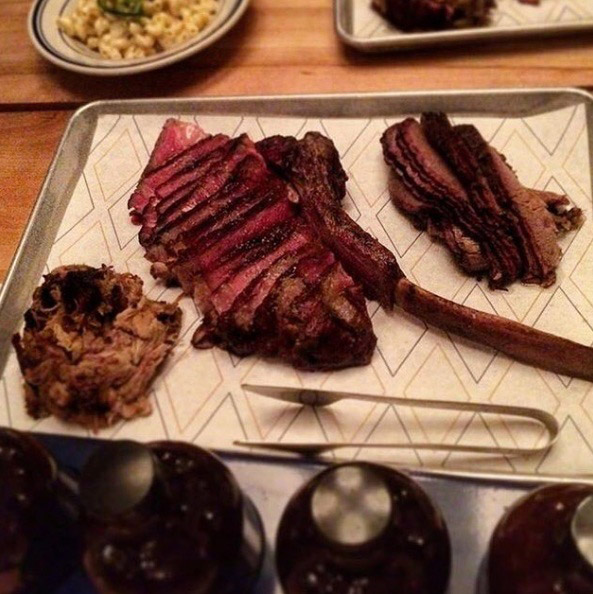 With Mom having already had her turn to shine in May, this Sunday marks Dad’s turn, and an opportunity to celebrate your father, stepfather, favourite uncle or grandfather. While brunch is often the domain of the women in our lives, often the men in our happen to be avid carnivores with a passion for firing up the grill in the summer months. We’ve rounded up a few steakhouses in Canada for you to celebrate a very meaty Father’s day this year, whether you are based in Toronto or Vancouver.

Toronto’s Carbon Bar claims to offer a laidback vibe, which consists of  un-pretentious meat platters in a rock n’ roll-esque environment. Carbon Bar is an alternative to fine dining, as it is known for its modern booths, signature meat dishes and neon signs. The menu claims to offer a selection of pork, beef, and chicken, which should satisfy meat lovers of all stripes.

This southern smokehouse located in Calgary infuses modern flavors into classic recipes. The local favourite is known for its smokey cedar aromas, smoked meats and belly busting briskets. Big T’s will also bring their BBQ to you, if you’re looking to host a Father’s Day shindig at home and prefer your backyard to a restaurant setting.

This Calgary steakhouse is said to offer a temporary trip back in time, with vintage vibes which are reminiscent of the golden era of Hollywood and perhaps the days of Mad Men. This old-school steakhouse is rumoured to have a superb Ceasar salad which is prepared by your server right in front of you.

Edmonton’s BBQ restaurant MEAT serves homemade sauces in a casual setting, with sharing plates that just might be suitable for anyone with a large family. MEAT is known to have a lively atmosphere, as it is slowly earning a good reputation in the Edmonton restaurant scene.

Halifax’s Cut offers the ultimate meat experience as well as an abundance of creative cocktails. If you are not in the mood for red meats or if the dad in your life is a seafood fanatic, there is also a chilled seafood tower on the menu.

This Vancouver steakhouse has a memorable name that brings to mind the excitement of the DC Comics Batman series, and also boasts a long wine list. Gotham offers red plush booths and Porterhouse steaks, along with an outdoor patio for anyone who wants to dine al fresco.

Montreal’s Moishes puts a carnivorous spin on the Quebec classic dish poutine by adding some tender beef to the cheese and gravy. This 80 year old institution is one of Canada’s oldest steakhouses, which may be an option for anyone ringing in Father’s Day in MTL this weekend.