Check Out These Toronto Events This March 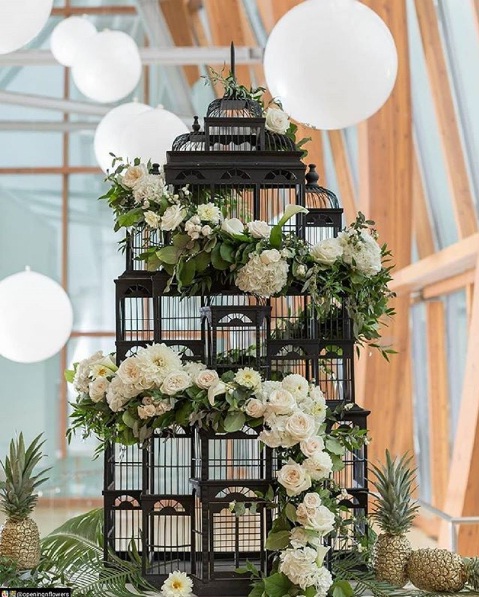 Although beautiful springtime temperatures may still be a few weeks away, the melting snow and the (slowly) rising temperatures signal that the end of winter is near. With that in mind, adventurous Torontonians are gradually shifting away from the couch and entering the great outdoors once again. As we prepare to say goodbye to the winter blues and hello to spring fever, the city is welcoming a bevy of events that signal the end of hibernation mode. Whether you are a nerd at heart or you have a green thumb, the 6ix gears up for a series of festivals and functions this month. Look no further than these exciting Toronto happenings, which are set to take place in the days and weeks ahead.

Founded in 2009, the Toronto Irish Film Festival (TIRFF) celebrates the best of Irish cinema and promotes the craftsmanship of Irish filmmakers to the festival public. Now in its 8th year, TIRFF has quickly taken on the role of leading promoter of Irish film within Canada. Reaching a potential audience of 250,000 Torontonians of Irish descent, as well as millions of local movie lovers, TIRFF  claims to offer a destination that celebrates the culture and cinema of Ireland. Just in time for the spirit of St. Patrick’s Day, the festival takes places March 2nd to 4th at the TIFF Bell Lightbox. Tickets are on sale now!

From March 9th to 18th at the Enercare Centre at Exhibition Place, Torontonians are invited to celebrate the arrival of spring at the largest flower and garden festival in the country.  In preparation for planting season, Canada Blooms brings together architects and builders, landscape designers and over 200,000 gardening enthusiasts for 10 days of horticulture and floriculure. With acres of creative gardens dazzling in rich colour, texture and fragrance, the festival delights Torontonians with their first breath of spring.

It’s that time of year again for comic and sci-fi nerds to rejoice! From March 16th to 18th at the Metro Convention Centre, FAN EXPO Canada is presenting a three day pop culture extravaganza. With over 400 exhibitors spread across 150,000 square feet, ComiCon is a mega-sized celebration of entertainment and comic book culture. This year’s highlights include star-studded celebrity appearances by Seth Gilliam (Father Gabriel Stokes from The Walking Dead); Kristian Nairn (Hodor from Game of Thrones); Manu Bennett (Slade Wilson from Arrow) and Joonas Suotamo (Chewbacca from Star Wars). Make sure to check out the celeb photo booth to have a forever keepsake with your favourite on-screen character!