With yesterday marking the second day of the FashionCAN Fall 2017 shows at Toronto’s Yorkdale Shopping Centre, the catwalks were once again home to the finest in Canadian fashion. For the final evening of FashionCAN runway presentations, Canuck designers revealed everything from fitted leather pieces to flowing lace silhouettes. Real Style was once again reporting from the front lines and front rows of the shows, which brought us everything from everyday versatility to evening elegance.

At LaMarque, Montreal-based creative director Ifigenia Papadimitriou opened the Day 2 shows with her signature urban chic aesthetic. Models walked the runway in all manner of edgy black leather pieces, from miniskirts to belted bomber jackets and strappy slip dresses. Layering played an essential role in the collection, with staples like white button-down blouses and liquid leggings setting the stage.

At Toronto-based Whitney Linen, founder Whitney Westwood displayed a ready-to-buy Spring 2017 collection which proved that this vacation-ready material can be elevated to a sumptuous fabric. Westwood, who creates her designs exclusively with linen and linen, impressed with a series of dreamy frocks. From a floor-length strapless gown to airy tunics, neutral off-white and ivory hues brought a laidback holiday feel to the stage.

Calgary designer Paul Hardy is best known for his stunning textures, which range from soft shearlings to fluid frocks. The established Canadian name first showed his collection in 2002 at Toronto Fashion Week. On the FashionCAN runway, Hardy proved that his keen sense of design and detail has only developed over the years. For his latest lineup, the designer combined splashy yellow hues with dark sophisticated navy shades for a beautiful contrast. Models stepped out in crepey dresses, colourblocked sleeveless blouses and effortless loose trousers.

At Bustle, Toronto husband and wife team Shawn Hewson and Ruth Promislow stayed true to the sporty chic aesthetic which has ruled their menswear looks since their 2002 debut. In addition to the Bustle Sprouts collection for children, the menswear style was also adopted by female models, who stepped out in all their androgynous glory. From darker shades of blue to skinny patterned trousers and boyfriend blazers which revealed ample décolletage, the feeling was both funky and structured.

Canadian-born and Central Saint Martins-trained designer Mikhael Kale closed the FashionCAN shows with a series of dramatic silhouettes. Models graced the centre stage in a variety of unusual textures, from a quilted off-the-shoulder frock to a sheer orange dress with a tiered hem. Warm, fiery shades dominated the collection, with tangerine, golden yellow and crimson creating a burst of colour on the catwalk. 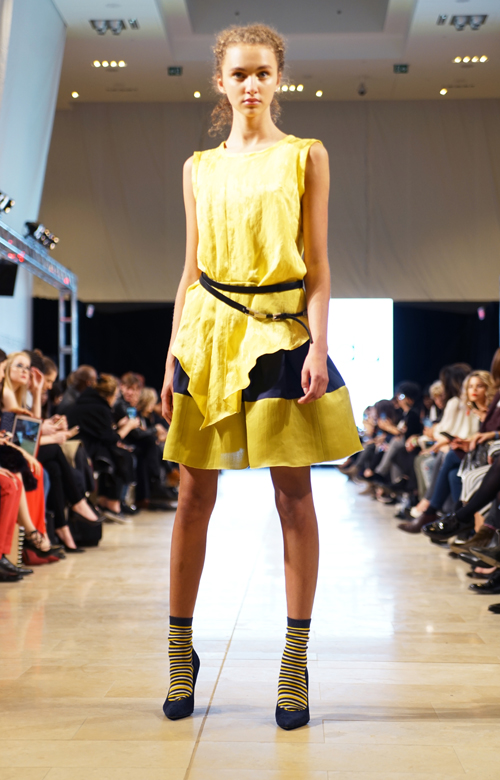 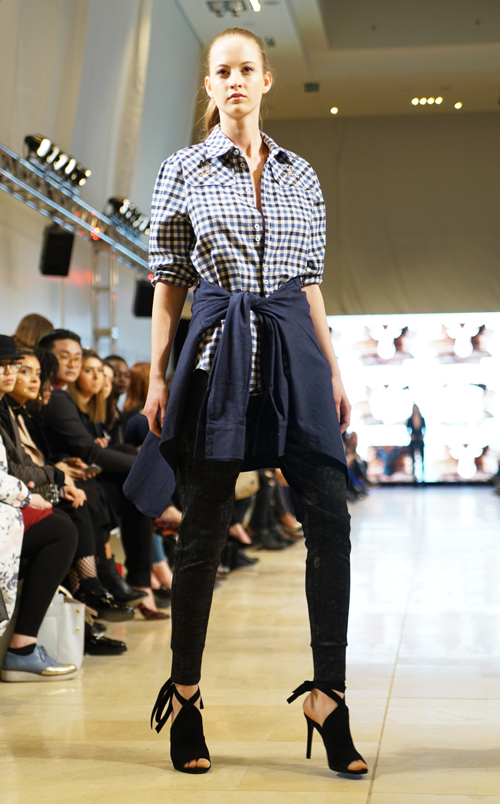 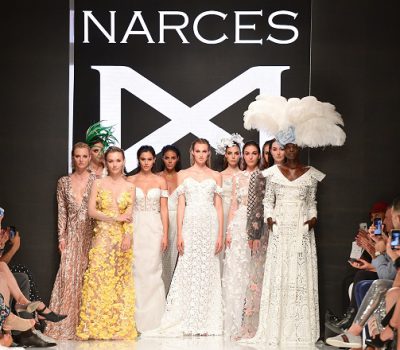 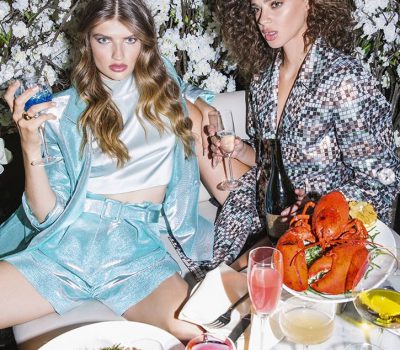 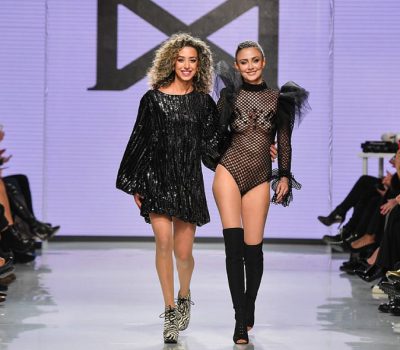