5 Of The Latest Superfood Trends 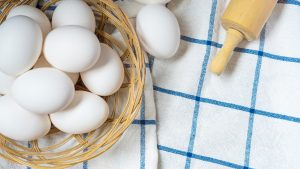 So-called ‘superfoods’ have been trendy for quite a few years now. Everything from cauliflower to kale has been considered a superfood at one time or another. Is it time to kick-start your day with one of the latest superfoods? CNN has put together a list of the latest and its fair to say, we’ve never heard of a few of them!

1. Astrologically Farmed Eggs: It’s the next step in biodynamic farming, where crops are planted based on the phase of the moon – and on 100 percent ethical, self-sufficient land.

2. Blue Majik: According to CNN, it claims to reduce inflammation and support healthy joints.

3. Cordyceps: This fungus (that lives on caterpillars in China) is said to (possibly) help improve immunity, fight cancer cells, shrink tumors, help with stamina and recovery and more.

4. Ashwagandha: Aka Indian Ginseng — has been touted for everything from lowering cortisol levels to balancing thyroid hormones to fighting cancer.

5. Cannabis: CNN shares that ever since marijuana has gained favor in the medical community, it’s been shooting for superherb status. It’s been touted to improve athletic performance, relieve pain (including PMS symptoms) and reduce anxiety.

Flax Seeds Are The New Health Food You Should Know About

5 Ways To Incorporate Chia Seeds Into Your Diet Now