Banksy’s Latest Is A Tribute To Superhero Nurses 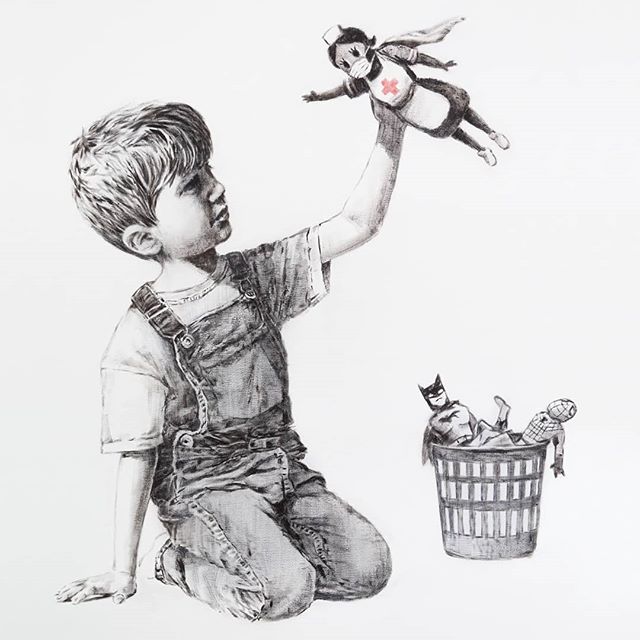 British street artist Banksy’s latest work of art was made in response to the Covid-19 crisis, and in it he pays tribute to the superhero nurses that have made such a huge difference in the war against it. Not only that, but he has donated the piece to the University Hospital Southampton.

The piece, called ‘Game Changer’ is on display in the corridor of the hospital, and it depicts a boy who has chosen to play with a nurse doll instead of the more popular Batman and Spiderman toys that have been discarded in the wastebasket behind him. The only colour in the mainly black and white piece is the red cross logo on the apron of the nurse, who is also wearing a face mask and a cape. The nurse is depicted as being in flight, like other superhero toys typically would be.

The artist, who identity has been guessed at over the years but never confirmed, left the piece along with a note that stated  “Thanks for all you’re doing. I hope this brightens the place up a bit, even if it’s only in black and white.”

The hospital is thankful for the artwork and the recognition it has brought them and their workers, and have called it a “massive boost to morale.” When the crisis has passed, the hospital plans on auctioning off the piece so that the hospital charities can benefit from it.