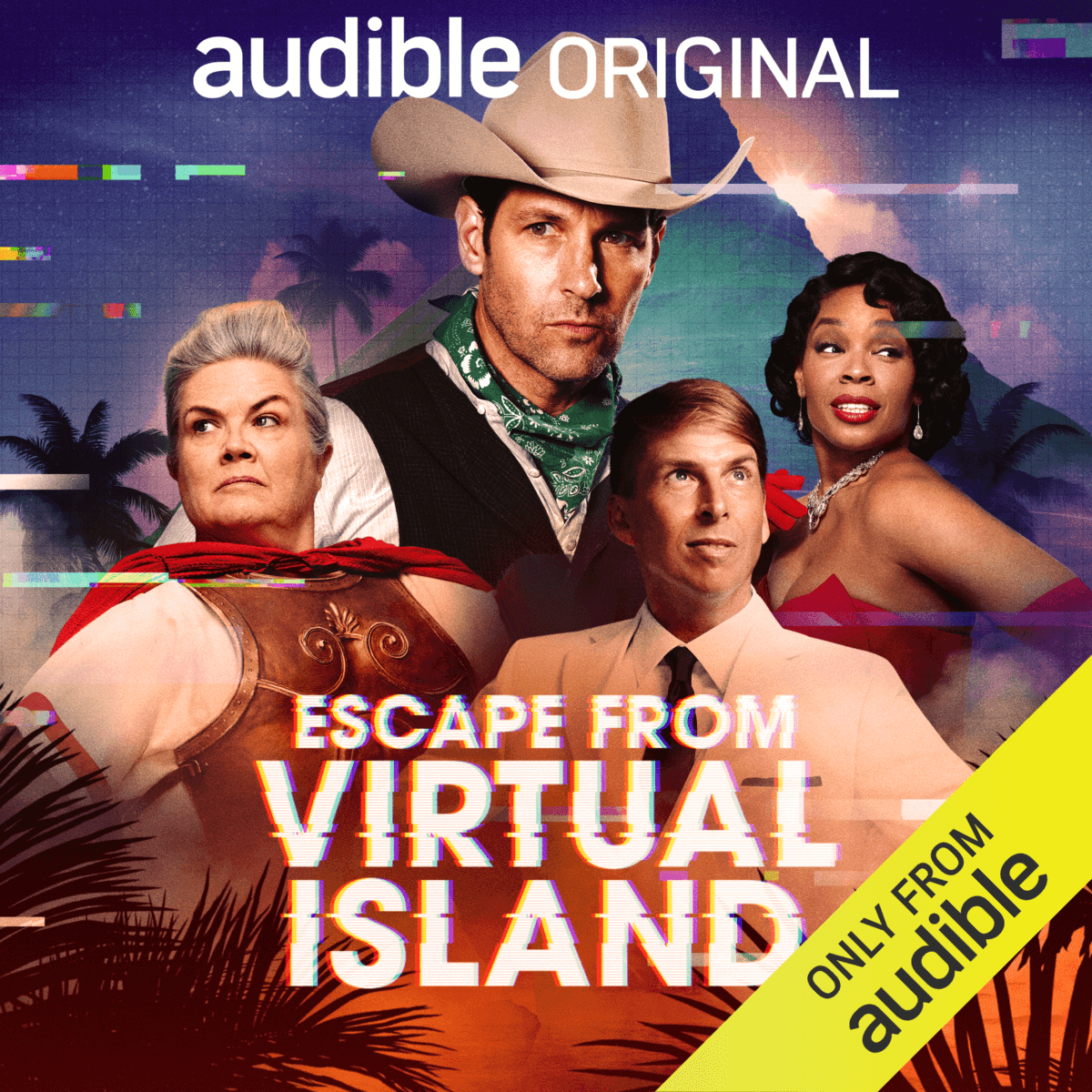 Audible is well known for the being the world’s largest library of audiobooks, but they’ve started moving onto other forms of spoken word as well such as radio and TV programs. They’ve also started supplying audio only series, and now they’ve nabbed Paul Rudd to star in their latest.

The new comedy series, called Escape From Virtual Island, is now available on the service, and it stars Rudd as Derek Ambrose, an heir to his mother’s empire, the Pengalaman Island Resort and Virtual Reality Theme Park. In an interview with Rolling Stone, Rudd tells the magazine that “He’s a kind of uninspired, lazy dude who doesn’t do much.” The series also stars Jack McBrayer, Paula Pell, Amber Ruffin, Jason Sudeikis and was written by John Lutz who has worked on such comedy hits as Saturday Night Live and 30 Rock. Other celebrities set to make guest appearances on the show include Scott Adsit, Jane Krakowski, Seth Meyers, Kenan Thompson, Olivia Wilde and Henry Winkler.

Rudd has never been in an audio-only series before, and told Rolling Stone that “I was originally drawn to it because of the people involved. Several cast members had already been cast and I also knew John Lutz through SNL and Seth’s show. When I read it I was immediately drawn to the humor and how clever it is. So, for me, it was a no-brainer.”

Escape From Virtual Island is available now on Audible, and is free with their thirty-day trial. You can also buy the over four hour long program for $24.95.