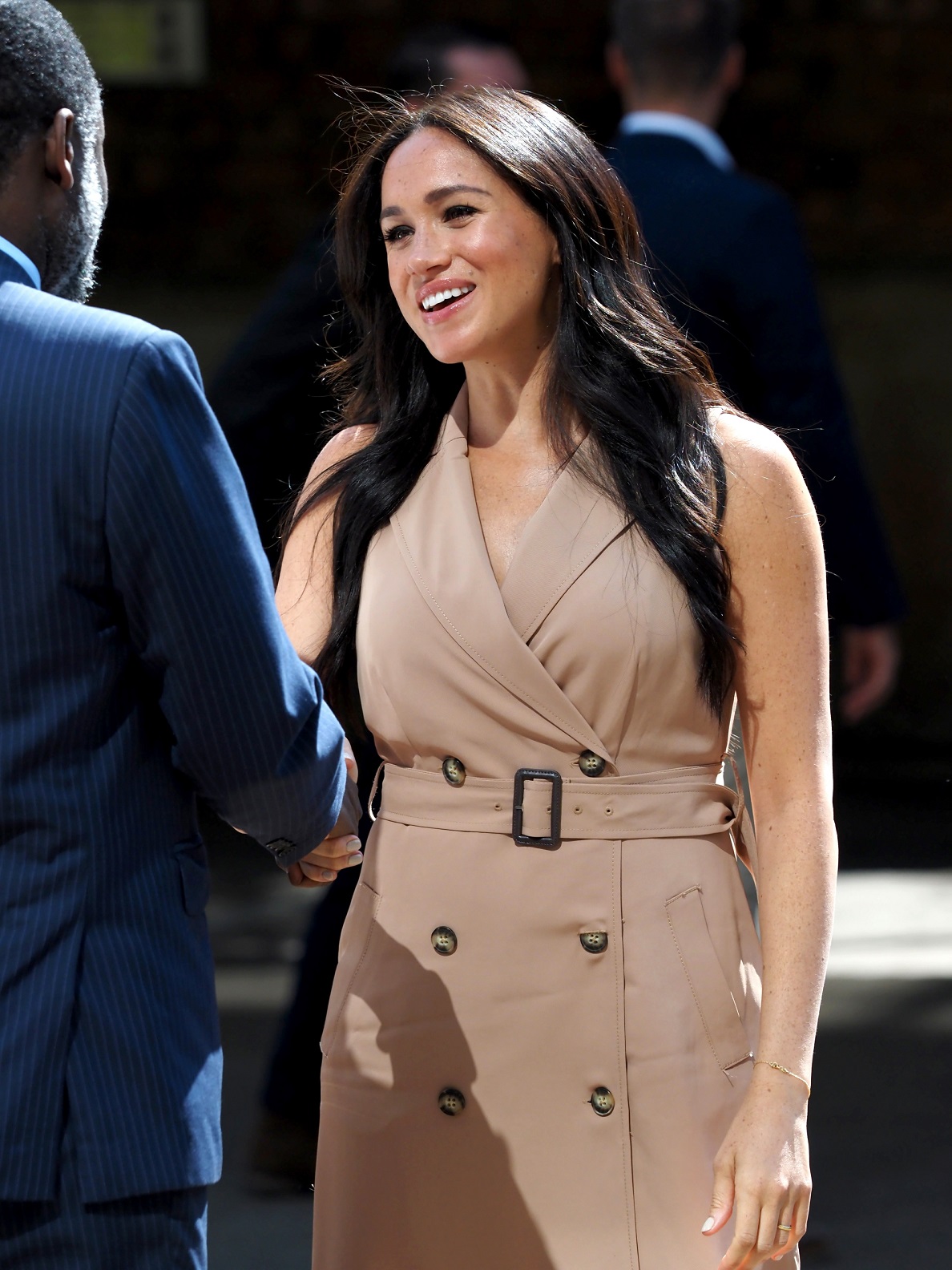 While in Africa on royal tour, The Duchess of Sussex Meghan Markle has worn a variety of beautiful outfits. She’s been seen in everything from jeans to chic pantsuits to flowing dresses. One our favourite looks is one she sported today while visiting the University of Johannesburg in South Africa.  The $139 Banana Republic double-breasted trench dress is chic and affordable. She paired the dress with Stuart Weitzman pumps.

On the Duke and Duchess of Sussex’s official Instagram account, it was confirmed that while at the University the Duchess announced a new series of gender grants from the Association of Commonwealth Universities, of which she is patron. She was also able to announce four new scholarships to help students’ study in different commonwealth countries, allowing cross cultural understanding and an opportunity to deepen their educational studies abroad.

This morning, The Duchess of Sussex went back to college!  Joining students and educators at The University of Johannesburg The Duchess was able to announce a new series of gender grants from the Association of Commonwealth Universities, of which she is patron. She was also able to announce four new scholarships to help students study in different commonwealth countries, allowing cross cultural understanding and an opportunity to deepen their educational studies abroad. One of the recipients of these grants shared his story of growing up on farmland in Kenya, where he paid for his education trading vegetables to cover schooling costs (cauliflower leaves to be exact!) He is now doing a research study on carcinogens in his country, its link to cancer – his work is helping to change practices and to save lives. The Duchess was so moved by the work being done across the education sector and to talk with such like-minded thinkers about the importance of access to education and the support needed internally. When the round table discussion this morning moved to the challenges faced in this sector and how daunting it can all seem, The Duchess said, “Sometimes access to education can seem so big, you wonder where to even begin? So you begin with one student, or one school, you simply begin. And that’s when we see change.” She continued by referencing a Martin Luther King Jr quote: “Take the first step… you don’t have to see the whole staircase, just take the first step.” Since @the_acu_official Gender Grants were launch in 2016, 28 universities in 17 countries have benefited with a minimum of 600 beneficiaries participating in workshops supported by the grants. #RoyalVisitSouthAfrica Photo ©️ PA images