Although Toronto may settling in for a February chill, the city’s fashionable set has officially stepped out for the Fall 2018 season of Toronto Fashion Week. The three day event has returned for its sophomore season in Yorkville Village, and kicked off last night with a series of energetic runway shows. Just like last season, Real Style was seated front row and centre at the shows, for an intimate glimpse at the latest collections from Canadian designers. From daring denim to extravagant evening gowns, here is our runway report from Day 1 of Toronto Fashion Week Fall 2018. 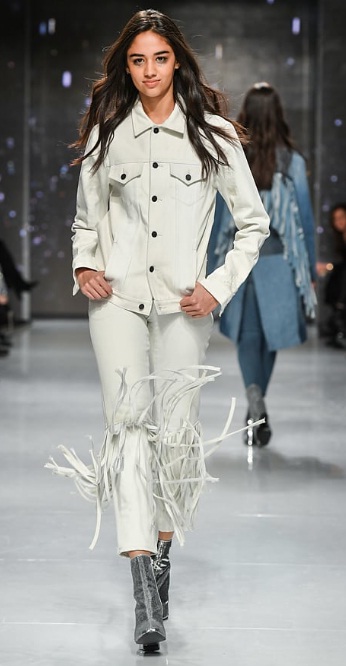 Based in Los Angeles and founded by Vancouver siblings Adam and Ania Taubenfligel, Triarchy is known for its focus on sustainable denim. While jeans are often considered a symbol of wearable simplicity, the Taubenfligels once again proved that denim can be surprisingly upscale. On the #TOFW runway, models strut their stuff in skintight white denim, which took the form of fringed cropped jeans and matching jackets. Bleaching was also a signature look, with faded washes, contrasting pockets and white panels lighting up traditional denim wear. Overall, Triarchy took the concept of Casual Friday to an entirely new level, with a rock and roll aesthetic and sassy fringe adorning a multitude of pieces. 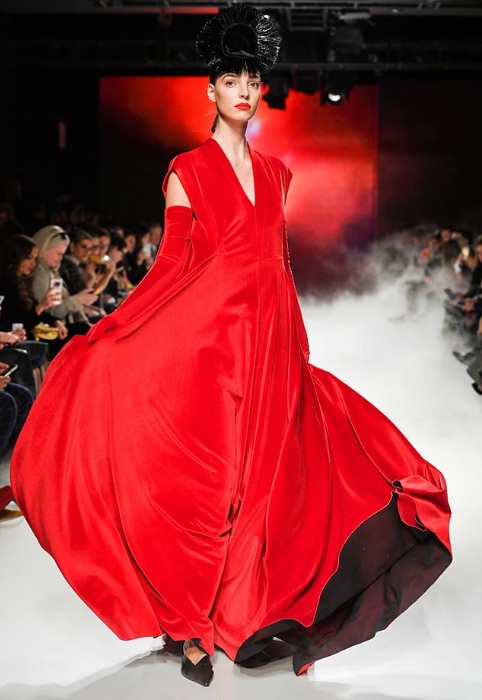 Montreal designers José Manuel St-Jacques and Simon Bélanger made a return to the Toronto catwalks, with another lineup of dramatic black and red frocks. UNTTLD sent luxury down the runway, with models elegantly marching with clouds of billowing smoke in the background. Our eyes were especially drawn to a floor-length scarlet gown, which featured a V-neckline and heavy pleated hem. Embellished headwear, elbow-length gloves and classic black dresses also brought old school glamour back. 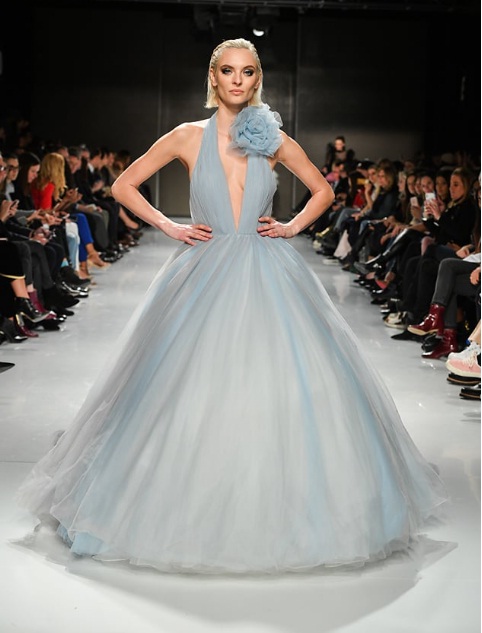 Toronto eveningwear designer Nikki Wirthensohn Yassemi brought her signature ladylike aesthetic to the stage. From the front rows in our FIJI Water seats, we could see the detail that went into the gowns, which ranged from the palest of ivory to the most striking of ruby shades. Full ballgown skirts worthy of Cinderella, paired with a combination of lace and mesh, were all key looks. This time, Wirthensohn Yassemi played with a bit of a seductive aesthetic, and featured sheer panels and plunging necklines.