Although the international runways may have wrapped up their shows, fashion season is in full swing in Toronto with the sophomore term of Toronto Women’s Fashion Week. TW, which was launched earlier this year, is currently presenting its lineup of Spring 2018 collections from Canadian designers. Real Style was seated front row and centre for Day 1 and Day 2 of the shows, which featured emerging talent like Zoff, along with seasoned names like Caroline Néron. Here’s our roundup of designer looks from the first two days of Toronto Women’s Fashion Week Spring 2018.

While Michael Zoffranieri just graduated from Ryerson University’s School of Fashion last year, the young Mississauga, Ontario-based designer is already earning a reputation for his couture. His rising label, Zoff, unveiled a collection of airy white bridal gowns with a traditional aesthetic. From floor-length hems to sheer skirts and strapless necklines, feminine silhouettes floated down the runway. For a modern spin, ivory trousers and jumpsuits shared the stage with gowns adorned with glittery embellishment and red tulle.

At Wallo, Montreal designer and visual artist Marie-Andrée Wallot turned to swirls of pastel colour. Models strut the catwalk in silky, rainbow-hued dresses in ethereal shades of pink, aqua and green. Colourblocked shades of yellow and blue were a fitting look for Spring 2018, while soft ruffles and stripes illuminated the frocks. 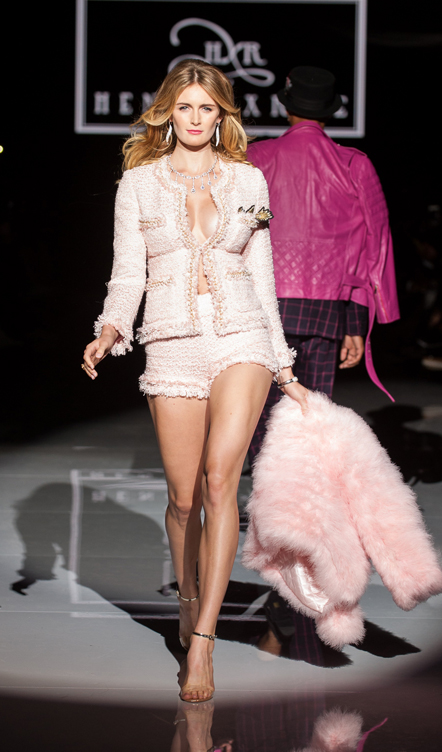 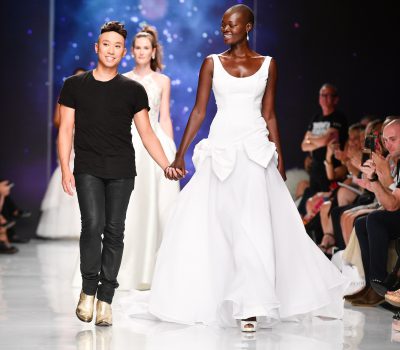