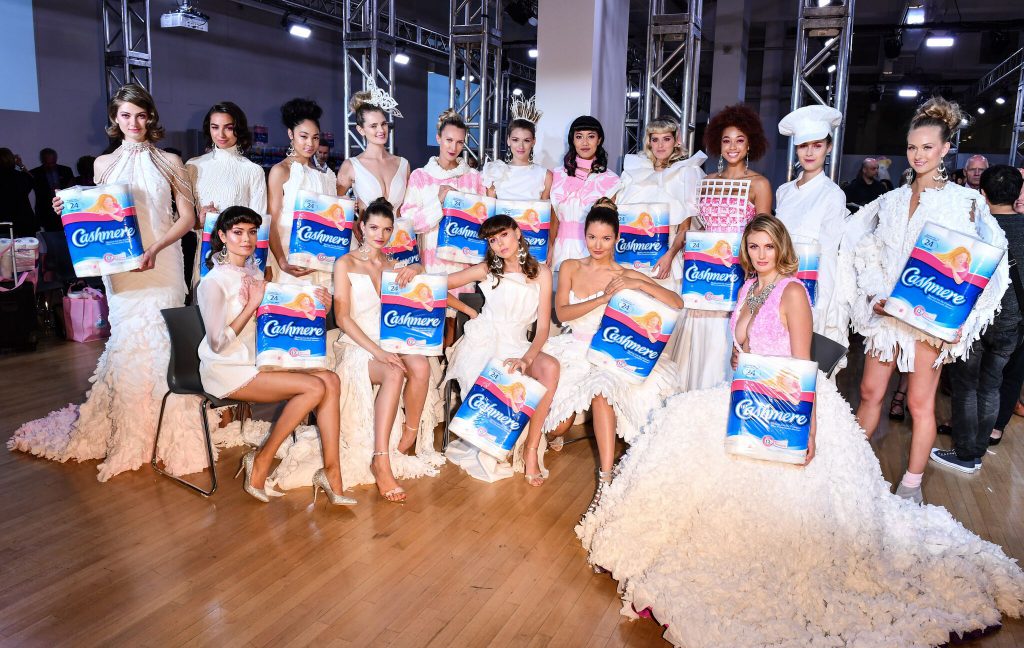 Recently, Real Style had the chance to interview established Canadian designer David Dixon at the 2017 White Cashmere show at Toronto’s Royal Ontario Museum. The annual fashion show spotlights designs made exclusively from White Cashmere bathroom tissue, and supports breast cancer awareness. This year, the show featured a lineup of student designers from across the country, with a patriotic theme that celebrated Canada’s 150th anniversary. From wedding gowns to voluminous hems and textured frocks, the unconventional material made an appearance on the runway in the form of bridal wear and eveningwear.

Following the show, we spoke to Mississauga, Ontario-based Dixon, who acted as a designer judge this year. From his creative views on transforming tissue into wearable art to his thoughts on Canada’s up-and-coming fashion talent, here’s what Dixon had to share with us.

Real Style: What inspired you to take part in the White Cashmere show as a designer judge?

David: I’ve been involved with the Cashmere collection since its inception in 2004. I designed part of the first booking of the whole event, and over the years, I’ve participated four times. When they asked me to be a judge from a student competition point of view, I said “yes, absolutely.” I was blown away by the skills and techniques that these students really manipulated. They are working with a very unconventional fabric, and making it into something that is beautiful, aspirational and in some cases, very workable.

Real Style: Do you have a favourite design from the collection?

David: Being a participant in the Cashmere collection, it really pushes the boundaries of how you think outside the box. I think every design student and emerging designer really tackled that very well. We had [designers from] the East to West Coast participating, and each brought a significant approach to design.

Real Style: Tell us about some of the biggest challenges of working with such a fragile material.

David: Working with bathroom tissue is a fabric to itself. When you approach something and use it in the form that’s unlike what it’s supposed to be used for. For me, it was a challenge, as I looked at it and said “Okay, how am I going to make something beautiful out of this?” In some cases, they let the fabric speak. Sometimes, they put it into unconventional ways. When I see these emerging designers come up with these great radical ideas (and sometimes very simple ideas), it’s still so effective at communicating what the cause is about.