As every season before, the Italian runways unveiled an explosion of brilliant hues, maximalism and over-the-top embellishment. Clearly not for the faint at heart, Milan Fashion Week’s Fall 2017 collections ranged from punchy and vibrant to ladylike and luxurious.

At Dolce & Gabbana, excess was the order of the day, with a side order of family-friendly fashion. Co-creative directors Domenico Dolce and Stefano Gabbana featured a diverse range of models, with varying ages and body types marching down the catwalk. From parents with children to partners, the traditional Italian fashion house focused on a theme of love and unity. As for the designs themselves, Dolce & Gabbana stayed true to their passion for blossoms and glimmering embellishment. From oversized coats detailed with floral appliqués to bejewelled jackets and lacy frocks, the striking looks all managed to seize the eye.

Gucci also featured maximalism for Fall 2017, with designer Alessandro Michele turning to a bevy of unique influences. From Japanese parasols and exotic Asian inspired prints to brightly coloured flower prints and heavily embellished jackets, rainbow hues made their way into the collection.

At Moschino, famously edgy designer Jeremy Scott was inspired by a theme of recycling and being environmentally conscious. Making a fashion statement and a social statement all at once, Scott used cardboard to craft hats and trench coats. The silhouettes themselves were sophisticated, with sharply belted outerwear, military inspired blazers and tunic dresses. For an unconventional spin, dresses inspired by garbage bags and magazine editorials also proved that sartorial inspiration can be found in the least likely places. 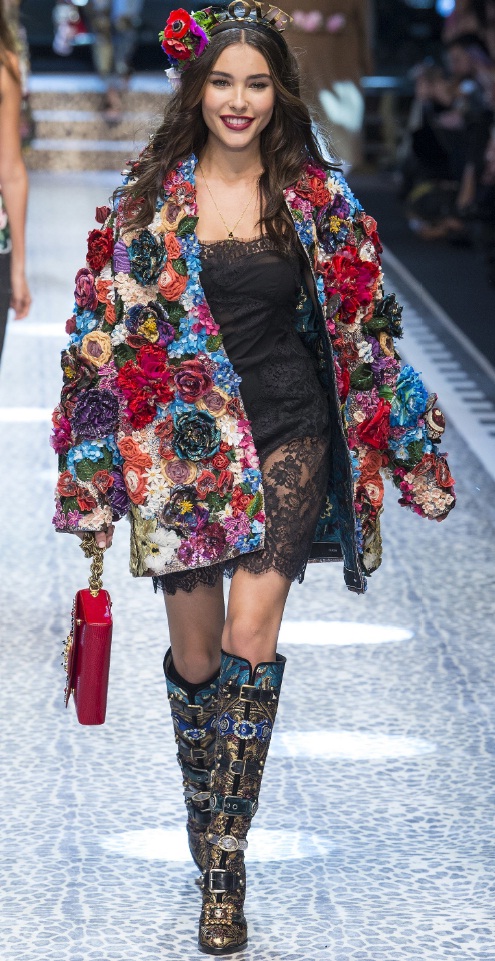 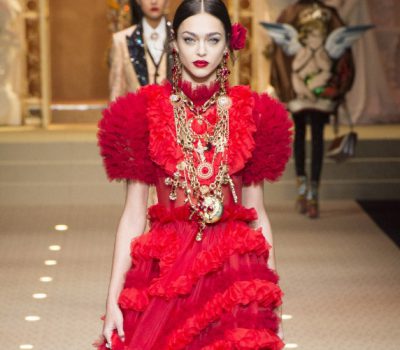 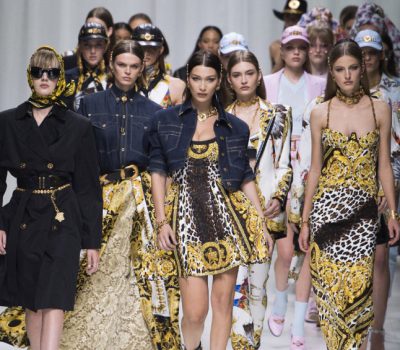 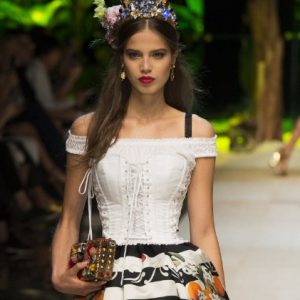