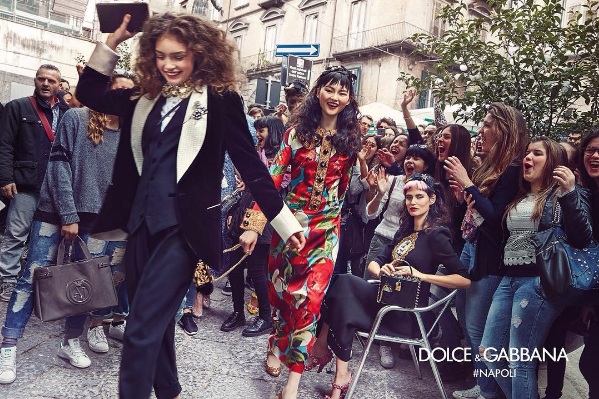 Since Dolce & Gabbana is known for its focus on traditional Italian style, it hardly comes as a surprise that the Milan-based fashion house as turned to the city of Naples as its latest inspiration. For Fall 2016, Dolce & Gabbana has unveiled ads which showcase the southern Italian city in all its glory and splendor.

According to Fashionista.com, the photos were shot by Italian photographer Franco Pagetti and feature models mingling with regular Naples residents.

On their official Instagram account, Dolce & Gabbana also shared two snapshots from the newly revealed campaign. In one photo, female models stun in a chic dark pantsuit, classic black midi dress and a luxurious red printed frock. The brunette beauties mingle with Napoli locals, who wear all manner of street attire from jeans to knit sweaters. 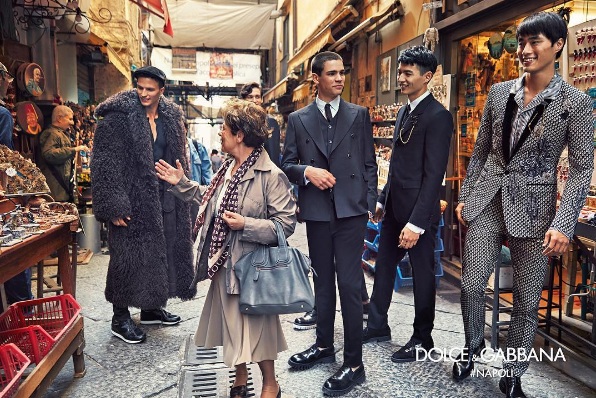 Meanwhile, a second photo focuses on a gaggle of well-dressed and expertly groomed male models, who are spotted in a marketplace with an older Italian lady. Surprisingly, the regular folks in the ads sport other brands, such as Armani and Louis Vuitton. However, the focus is on the sharp new Dolce and Gabbana digs, which truly steal the spotlight.

For anyone who has been craving a sartorial escape, the new Dolce & Gabbana fashion campaign just may offer an authentic portrait of the streets of Italy! 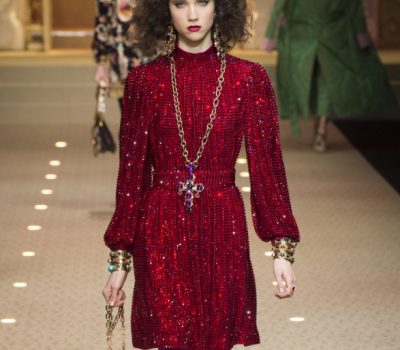