In breaking fashion news, Scottish designer Jonathan Saunders has officially been appointed the new chief creative officer of Diane von Furstenberg. According to Grazia Daily, Saunders is now set to take over the creative direction of the fashion house from von Furstenberg, who launched her eponymous label in 1997.

Grazia also reports that Saunders closed his own London-based label in December, due to personal reasons. As a result, his appointment at DVF marks new fashion territory, and hopefully a chance for him to showcase his unique design aesthetic on the runways.

In a statement, von Furstenberg described her decision to choose the talented Saunders to head her label.

“Jonathan’s extraordinary passion for colours and prints, his effortless designs, and his desire to make women feel beautiful make him the perfect creative force to lead DVF into the future,” she said to Grazia.

While it may be too early to tell, fashion fans can hopefully expect to see Saunders’ signature bold designs make a splash at DVF. In the meantime, fashionistas will have to wait for the next season to see evidence of Saunders’ creations on the Diane von Furstenberg runway. 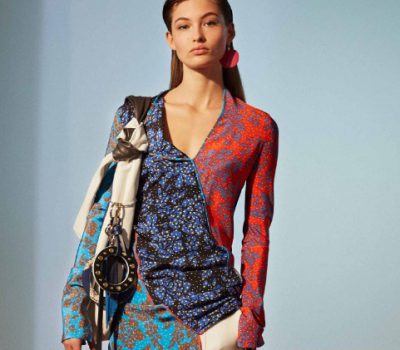 The Deconstructed Dress Is The Latest Fashion Trend For Fall