Gigi And Bella Hadid Stun On The Chanel Couture Runway 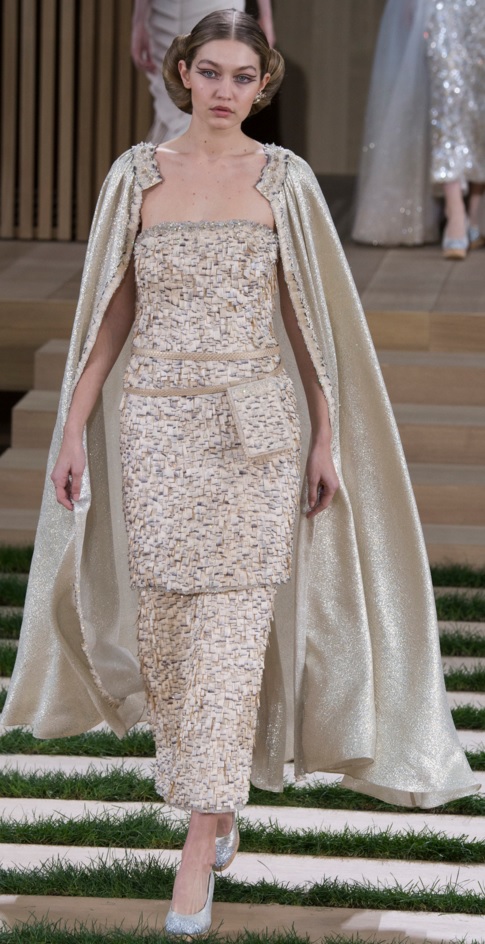 At the Chanel runway show this morning at Paris Haute Couture Fashion Week, sisters Gigi and Bella Hadid were a dynamic duo as they graced the catwalks. While 20-year-old blonde bombshell Gigi may already be a veteran on the runways as a top rising model, her 19-year-old sister has more recently made her modelling debut.

Although the two gorgeous siblings have walked the Chanel Ready-to-Wear runway before, today marked their first strut on the Chanel Haute Couture catwalk.

The Spring 2016 show was held at the Grand Palais in Paris, and featured a breathtaking faux garden as its setting. Creative director Karl Lagerfeld’s latest couture collection took cues from the beauty of nature, and turned to the world of ecology and the great outdoors for sartorial inspiration.

On the runway, Gigi was a vision as she stormed the catwalk in a strapless mid-length ivory frock which flattered her curves and was detailed with dainty sequins. The form-fitting dress was styled with a flowing cream-coloured cape and a pair of shimmering silver pumps.

Staying true to their stylish family name, younger sister Bella looked equally as striking in a curve-hugging and creamy white sleeveless creation. The dress was finished with a sheer bustline, metallic detail around the waist and embellished floral accents.

The fashion world is certainly liking this sister act, which is sure to rule many runways together. In the meantime, it’s clear that both Gigi and Bella have made a grand entrance together at their Paris Haute Couture Week debut. 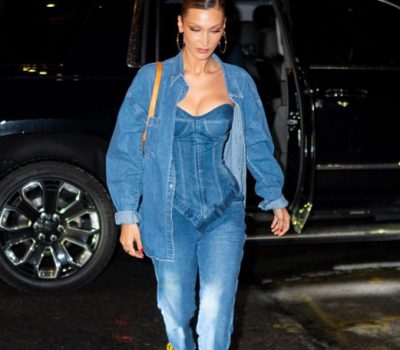