Though summer music festivals and tours tend to get all of the hype, fall also presents a number of amazing opportunities to take in some live music. This November, a variety of musical acts will hit Toronto on the North American leg of their tour. With performances by pop starlets, folk legends and indie performers alike, November is sure to be an exciting month for Torontonian music lovers. 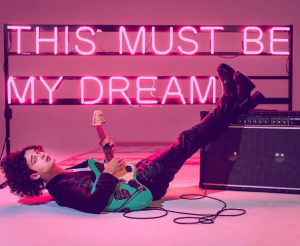 On November 2nd, Canadian darling Alessia Cara will be taking the stage at Massey Hall. Known for her breakout hit “Sorry,” Cara maintained the hype of her first single with her follow up album “Know-It-All,” featuring hot tracks like this summer’s ubiquitous anthem “Wild Things.” Known for her distinct voice and bubbly personality, Cara is quickly becoming a force to be reckoned with in the Canadian pop scene.

Prepare to hear the screams of teen girls everywhere when British punk band The 1975 rocks the Air Canada Centre on November 3rd. The beloved group will be in town promoting their newest album, imaginatively entitled “I Like It When You Sleep, for You Are so Beautiful yet So Unaware of it.” Try saying that 10 times fast!

Hamilton-born rockers the Arkells will return to Toronto with back-to-back shows at Massey Hall on November 4th and 5th. Known for their energetic stage presence and head-banging tunes, this Canadian group reached the top of the charts with their recent album “Morning Report.” If you’re looking for a last minute ticket, good luck – both nights sold out almost instantly.

On November 14th, indie crooner James Vincent McMorrow will hit the Phoenix Concert Centre on the North American leg of his tour. The Irish singer-songwriter’s new album was produced by OVO’s Nineteen85, and McMorrow was even featured on Drake’s 2016 release “Views”, making Toronto a particularly meaningful stop for the artist.

Bona fide Canadian icon Gordon Lightfoot will return to Toronto for four (!) back-to-back shows at Massey Hall. From November 23rd to 26th, catch the beloved singer-songwriter perform classics like “If You Could Read My Mind” as well as newer favourites like “Harmony.”

Folk legend and Fleetwood Mac vocalist Stevie Nicks will make her triumphant return to Toronto on November 29th. Named the “Reigning Queen of Rock and Roll,” by Rolling Stone Magazine, Nicks is known for her unique vocals and soulful lyrics. You can catch Nicks at the Air Canada Centre in what is sure to be a full house.

Bruno Mars Wins The Top Awards At The 2018 Grammy Awards