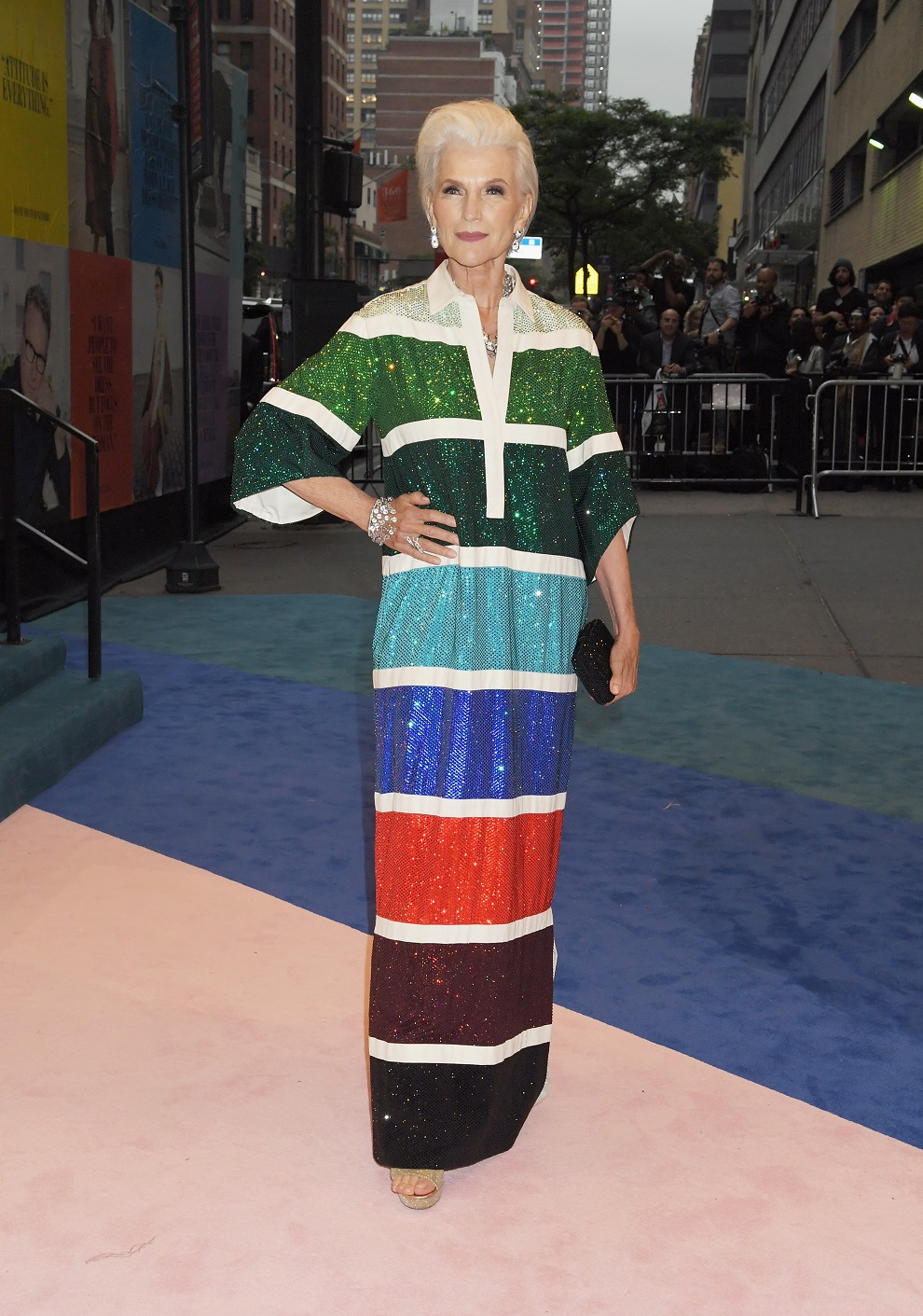 They say that behind every great man stands an even greater woman. As the mother of Tesla founder Elon Musk, Maye Musk certainly fits this expression. Speaking to us via phone from New York City, Musk’s dulcet voice reveals a soft South African accent and a gracious, gentle demeanour. However, it’s clear that the newly minted face of CoverGirl is also far more than just Elon’s mother. At the age of 69, the seasoned Regina, Saskatchewan-born, South Africa-raised and Los Angeles-based model has chalked up an impressive five decades on the runways. However, it seems to be 2017 that is her biggest year yet. With her new CoverGirl role, Musk has been making waves and making headlines as the cosmetics brand’s oldest ever ambassador. In September, the elegant trendsetter also graced the New York Fashion Week catwalks.

Unlike many famous faces who are chasing the fountain of youth, Musk embraces her life experiences and her years in the spotlight. And it’s not just her- the reaction from her fans has been positive. “The people are so excited to see an older woman on the runway. The applause, the attention is wonderful. Women of all ages should be celebrated,” she says.

With all these accomplishments under her stylish belt, Musk certainly has a lot to celebrate. Yet, she takes pride in her intellectual achievements and charitable involvements as well. Although her sleek style and natural, timeless beauty are impressive, she also happens to have a mind for science. As a dietitian, Musk has earned two Masters of Science degrees, and completed one of her degrees at the University of Toronto. She harbors a particular affection for Toronto, and is excited for her return to the city on November 8, for the Margaret + George Make News event at Princess Margaret Hospital.

“I modelled in Yorkville, Etobicoke and King Street West. I was there for six and a half years, when I returned to Canada,” Musk explains, as she reflects on her years in Toronto. At the end of the day, however, it’s South Africa that is home sweet home. Musk was born Maye Haldeman in 1948, and moved to Pretoria with her family as a little girl. “People forget that I was born in Canada and I grew up in South Africa, because of my accent. I had lovely Canadian parents, very hard-working, kind, considerate, intelligent and honest. I was very happy to grow up with a happy childhood.”

In South Africa, locals jokingly referred to the family as “the Americans”, due to the way her parents sounded and the aroma of coffee in the household. Musk went on to meet her husband, Errol Musk, and later had three children. Asides from PayPal and Tesla CEO Elon, Musk is also the mother of filmmaker Tosca and entrepreneur and restaurateur Kimbal. When we ask Musk about her family, we can almost feel the dignified matriarch swelling with pride. “My oldest, Tosca, is making movies from romance novels. Kimbal is building vegetable gardens in underprivileged schools. There are 100 already in America.”

Of course, it’s been a team effort every step of the way for this successful yet humble clan. “We are all really proud of Elon and the work he has done,” she tells us. Perhaps as her greatest achievement yet, Musk is a grandmother of 10, a responsibility which does bring her away from the runways at times. Her wardrobe off duty is “comfortable casual” with more dressy options for events, which suits her busy lifestyle well. Does she have any plans to take a break from the fashion world, in the near future? Musk laughs slightly, and jokes that she “might slow down in her mid-90s.” Her inspiration for a long and storied career is her own formidable mother, of course.

“My mom worked until she was 94. She was an artist. At 94, she couldn’t paint anymore, so she did computer art for a couple of years.”

Musk has some time until she reaches her 90s, particularly with so much on her fashionable plate. Similarly to her own mother, she is embracing the technology of the day. She has mastered the art of Instagram, and is keeping up with the evolving landscape of fashion. A lot has changed since her early days in the business, and social media has been one of the biggest innovations thus far. “Julia Perry, my stylist and best friend for 26 years who I met in Toronto, sat down with me and started my Instagram account,” Musk informs us.

From raising successful children to aging gracefully to promoting diversity in fashion, there’s no doubt that Maye Musk is an icon in her own right. The girl from South Africa has grown up, and if the international runways have anything to say, we will continue to see her shine for seasons to come.