While established names such as Margaret Atwood are already well-known for being Canadian literary talents, there are also a number of rising Canuck authors who should be on your radar. From Claire Battershill to Chelsea Rooney, here are five emerging names to keep in mind as you update your home library for the season ahead.

1) Claire Battershill: The Vancouver-based author released her debut collection of short stories, Circus, in April 2014. The book takes readers into settings like the British Museum and the Winter Olympics, and introduces them to characters like the granddaughter of an old circus performer. In 2013, Battershill was also a co-winner of the Canadian Authors Association’s Emerging Writer Award. She has an honours bachelor’s degree in English Language and Literature, and graduated from the University of Oxford in 2007. In 2012, she also earned a PhD in English Literature and Book History at the University of Toronto. Known for being an academic, Battershill is also currently a postdoctoral fellow at Simon Fraser University in Burnaby, B.C.

2) D.W. Wilson: The 30-year-old author and short story writer won the CBC Short Story Prize this year for his tale Mountain Under Sea, which explores the life of a father and grieving daughter on a bonding trip. The Cranbrook, British Columbia-born writer earned a PhD from the University of East Anglia in 2013. After completing his PhD, Wilson also released his first novel, Ballistics, two years ago. The book is set in Western Canada in 2003 and introduces us to protagonist Alan West, who must find his estranged father after his dying grandfather suffers a heart attack.

3) Megan Gail Coles: Currently based in St. John’s, Newfoundland, Cotes hails from Savage Cove on the Great Northern Peninsula. Cotes studied at Newfoundland’s Memorial University and the National Theatre School of Canada, and also founded the Poverty Cove Theatre Company. Her 2014 volume of short stories Eating Habits of the Chronically Lonesome uses food as a major theme, with characters who examine the concepts of consumption and loneliness.

4) Alix Hawley: The 40-year-old Kelowna, British Columbia-based author and Okanagan College instructor has an undergrad in English literature from the University of British Columbia, and a Masters in Studies in Research Methods and a Doctor of Philosophy from University of Oxford. In 2014, Hawley won the Canada Writes Bloodlines Competition. This year, she released her title All True Not a Lie in It, which explores the life and childhood of pioneer, explorer and hunter Daniel Boone.

5) Chelsea Rooney: Rooney is an educational writer and teacher who has a MFA in Creative Writing from the University of British Columbia, and also hosts The Storytelling Show on Vancouver’s Co-Op Radio. In 2014, she released her book Pedal, which shares the story of a 25-year-old counseling psychology student named Julia Hoop. After a breakup, Julia takes off on a cross-country trip with an unlikely and handsome travel partner. 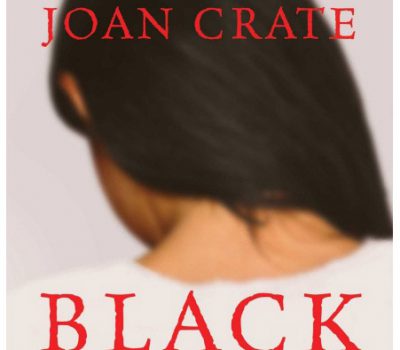