On the new Canadian series The Incredible Food Race, Toronto chef and ET Canada co-host Rick Campanelli are set to host a show where families battle each other in a cooking competition, with the ultimate aim of free groceries. With The Incredible Food Race set to air tonight at 9 p.m. E/T, on Food Network Canada, Real Style chatted with Tomaszeski about what to expect from the new show, the biggest on-screen cooking challenges and his favourite autumn ingredients.

Real Style: What can you tell us about your new show The Incredible Food Race?

Corbin: It’s an hour program that airs on Food Network and the basis of the show is quite simple. It’s two families that act as contestants on the show where they have many challenges leading to a final cook off. The three challenges allow them to either win or lose an advantage, leading to the final cook off. So for example, they can compete to cook with large mixing bowls or pots or pans or it could be tools, it could be ingredients. Then the idea is that these two families then battle it out in a final cook off in a large kitchen stadium that is beneath an outdoor venue that has a live audience, where people cheer them on. They have a one hour to prepare a distinct style menu that consists of one entrée and two side dishes for ten people. After the 60 minutes and they got everything presented, we extract people from the audience to act as judges. They pick who they think is the best team or the best food. Then we announce the winner and the winner takes away an entire year of free groceries!

Corbin: What’s unique about this one in particular is that I don’t really have to cook on this one. I just act as the chef mentor. Anything related about food or in the kitchen, I’m the go to guy. The show is hosted by Rick ­­­­Campanelli from Entertainment Tonight. He is the guy that rallies and brings everything together but I act as the food guide where I’ll pull on the weight of the challenges of their competition that lead them up to the final cook off but they have the opportunity with yours truly within the final cook off for two minutes as one of the challenges where they can ask me any question they want. I can taste, I can give them loads of advice. The only thing I can’t do is I can’t physically cook or chop or do anything with food for them.

Real Style: Describe the biggest cooking challenge that you’ve had to face while on set?

Corbin: I think the number one problem, particularly with this one, is that they get caught up in the excitement of the show and the excitement of winning an entire year of free groceries. While doing that they lose sight of the fact that their food has to taste incredible because that’s really what sets apart the winner from the loser. Ultimately when people taste the food, that’s the most important, it’s the first and lasting impression.

Real Style: As a chef, how do you personally like to keep up on nutritious and balanced diet despite having such a packed schedule, how do you eat healthy?

Corbin: I always say is if you can make food from scratch, you’re heading in the direction of being healthy. You can’t start to eat healthy unless you understand where your food is coming from and how it’s prepared. I think too often, people don’t pay attention to that and they get overly anxious when they have to think about all the do’s and the don’ts of the kitchen. I just want people making food from scratch. One thing after that, then you can pay closer attention to the ingredients that are physically going in, that are higher or lower in poly or unsaturated fats.

If you can make lasagna from scratch with full-fat cheese, I’d rather see you do that. In my opinion that’s a healthier way of eating and eating something that’s full of trans-fat or nitrates or preservatives or things that our bodies just don’t need.

Real Style: What has influenced your cooking style and also inspired your love of food?

Corbin: I grew up in a farming community, where I learned from a pretty early age where my product came from. I was exposed to food and ingredients of many different levels, from growing foods in the garden to raising our own animals and working in the fields. But also the fact that I come from a very large family where we produce a lot of food, a lot of meals and have the opportunity to have people come together for food. That’s really the beginning of why I got into cooking, because I thought there was this incredible experience happening as a result of food.

I grew up out west in Alberta, just outside of Edmonton on a farm. And now I live in one of the largest cities in North America. I work in many different places and employ and work with dozens of people and it’s ever-changing, I’m continually learning but more importantly I love the fact that people can share experiences with food and all. That is people talking about recipes, talking about how they do things and the stories of nuggets of information that they have and that’s really the most attractive part about food.

Real Style: If you could have one last meal, what would it be and why?

Corbin: It would probably be a lemon-roasted chicken. I can eat chicken every day of my life. I love chicken and I love roast chicken, so for me it signifies complete comfort. For me it really brings me back to my childhood, but more importantly, it’s kind of like indulging yourself in your favourite blanket with a pair of slippers and a good book. You just get that sense of relaxation and comfort and for me, that’s what that dish is.

Corbin: When I think of autumn I automatically think to the late summer, early fall type root vegetables, which are the root vegetables, the winter type squashes. I’ll probably do something with pumpkin, maybe with a little olive oil. I love spice. One of my favourite ones to work with is cumin seeds. So I would do 5 ingredients right now, squash cumin, olive oil, chillies and some form of a fresh herb whether it’d be cilantro, basil or thyme. Sage is another good pairing for squash, they love each other.

Real Style: What are some of the challenges of being a Canadian chef in our fast-paced culinary industry?

Corbin: I love the fact that people look to me as a mentor but somebody who provides some advice and get them on the right track for cooking. I like the fact that I have the ability to get the younger generation to get involved in the kitchen again and how I have a huge following of young adults who really want to learn how to cook and make a difference in the kitchen. I like the fact that Canadian cooking as a whole really speaks to community and I think it speaks to bringing people together with different facets through food. 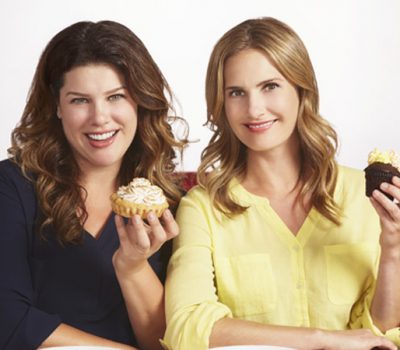 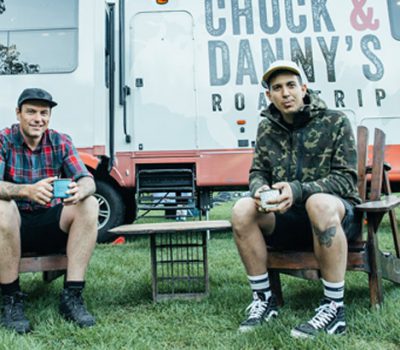