CNE Opens In Toronto Today- What To Expect This Year

It’s that time of the year again – the Canadian National Exhibition officially opens today at Exhibition Place in Toronto. The annual end of summer fair takes over the city for 18 days, and runs until September 7.

For 2015, the CNE is set to unveil an outrageous new menu, which includes fattening delicacies like the Bad Boy Burger (a spicy cheeseburger paired with honey garlic fried chicken and Jamaican patties). Foodies who are craving poutine can tuck into a sweet version of the classic Canadian dish, made with vanilla bean cake instead of fries. Meanwhile, frosted flake battered chicken and garlic snow crab fries will also be served, along with classic carnival eats like corndogs.

If you’re thirsty rather than hungry for some sinful snacks, the Craft Beer Fest will also make a splash at the CNE from August 28 to August 30. The beer festival (which is part of the Food Truck Frenzy) features 11 master brewers, from breweries like the Beaus All Natural Brewing Company and Creemore Springs.

For adventure junkies, the Bon Voyage! Aerial Acrobatic & Ice Skating Show hits the Ricoh Coliseum and also runs until September 7. This year, gorgeous Canadian ice dancer Tessa Virtue (who was Real Style’s Winter 2014 cover girl) and her skating partner Scott Moir are set to perform on the ice daily. Look out for a performance from Quebecois acrobat and aerialist husband and wife team, Dominic Lacasse and Karen Goudreault.

If you’re in the mood for on-stage stunts, be sure to stop by the RUSH: Parkour Demonstrations show for daily performances and check out the XPogo Stunt Team show for an extreme pogo spectacle.

Last but not least, we can’t forget the rides, midway games and music! This year’s CNE Bandshell will offer performances from artists like 18-year-old singer Cody Simpson on September 1 and rising duo MKTO (who made a splash with their recent hit Classic) on September 4. 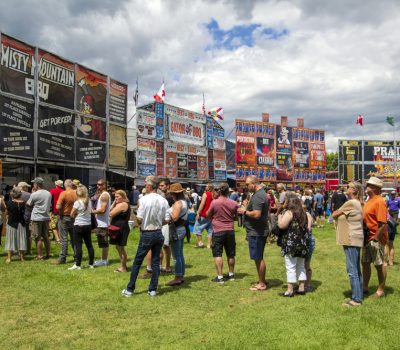 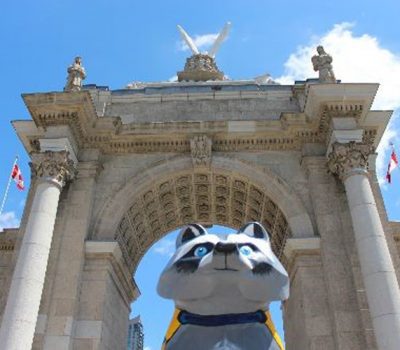 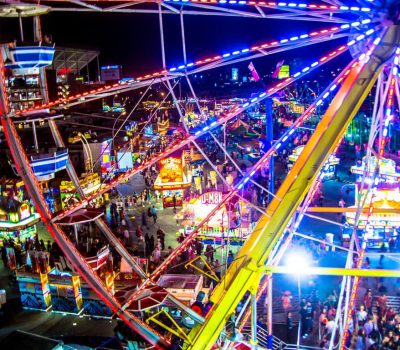