Top 10 Halloween Films Of All Time

With Halloween around the corner, we’re already pumped for a heart-pounding evening of terrifying zombies, ghastly ghouls and sneaky handfuls of candy. Of course, it wouldn’t be the 31st without a classic flick to ring in the season. Here’s a round-up of our favourite Halloween movies of all time.

1) It’s the Great Pumpkin, Charlie Brown (1966): Directed by Bill Melendez and starring Peter Robbins as the voice of Charlie Brown, this timeless animated movie made us all believe in the Great Pumpkin. Whether you’re a big fan of Linus or you’re more like Lucy, there’s no doubt that this film screams “Halloween spirit” for everyone.

2) The Rocky Horror Picture Show (1975): It definitely wouldn’t be October without another screening of this cult classic comedy, directed by Jim Sharman. Take your annual trip to the haunting home of the strange Dr. Frank-n-Furter (played by Tim Curry), for guaranteed fun this Halloween.

3) Halloween (1978): This eerie slasher film (directed by John Carpenter) may be your first choice for a horror movie. As Dr. Sam Loomis, Donald Pleasence plays the psychiatrist of 6-year-old Michael Myers (Will Sandin) who murders his older sister with a kitchen knife. When Michael returns to haunt his hometown years later, Dr. Loomis finds himself on a terrifying chase.

4) Ghostbusters (1984): This sci-fi comedy flick directed by Ivan Reitman introduced us to quirky psychologists Dr. Venkman (Bill Murray), Dr. Stantz (Dan Aykroyd) and Dr. Spengler (Harold Ramis). The doctors launch a ghost-chasing business and chase after the giant Stay Puft Marshmallow Man, before it has a chance to destroy everything!

5) A Nightmare on Elm Street (1984): Every scary movie fanatic has watched this supernatural classic directed by Wes Craven. Freddy Krueger (Robert England) steals the screen as a serial killer, with a goal of hunting down teenage girls Tina (Amanda Wyss) and Nancy (Heather Langenkamp).

6) The Nightmare Before Christmas (1993): Director Henry Selick brings us the adventures of King of Halloweentown Jack Skellington (voiced by Chris Sarandon) in this musical fantasy. When Jack realizes that Christmas Town is an actual place, the ultimate holiday adventure lights up the screen.

7) The Ring (2002): Director Gore Verbinski’s horror-mystery brings us into the world of Rachel Keller (Naomi Watts), who discovers that her niece Katie has died through haunting drawings by her son. These distorted photos lead her to the creepy Sadako, a ghostly pale girl with long black hair who is on a scary mission.

9) Trick ‘r Treat (2007): Four creepy tales are combined into one film in this thriller by Michael Dougherty. School principal Steven (Dylan Baker) is actually a murderer, while a group of teenage friends, a shy 22-year-old young woman (Anna Paquin) and a lonely man with a hatred of Halloween also find themselves in this twisted story.

10) The Conjuring (2013): This supernatural horror film directed by James Wan introduces us to Ed (Patrick Wilson) and Lorraine Warren (Vera Farmiga). The husband and wife team are paranormal investigators who visit a haunted farmhouse for research, and must conduct an exorcism. 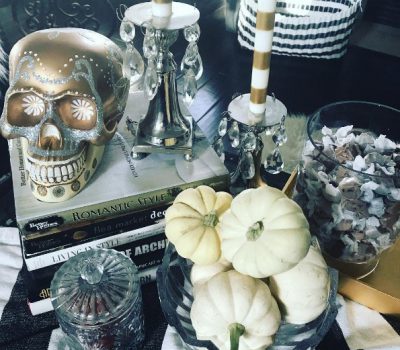 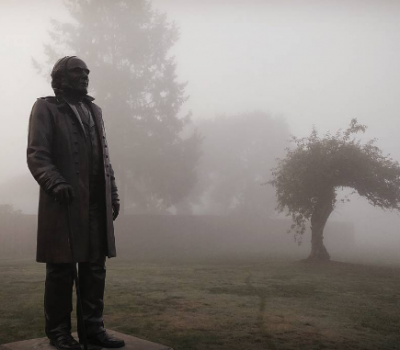