Tips For Sightseeing In Paris In 2014

If you’re lucky enough to be heading to Europe this year, Paris is a must-see destination. Not only does it house some of the most famous landmarks, art, streets and fashion, but the culture is something that can’t be missed. When planning to see all the sights in Paris, it can get a little tricky knowing when and where to go, what to buy and what you need to bring. Real Style is here to give you a few tips on how to make the best of your sightseeing trip in Paris 2014.

Don’t line up for the elevators at the Eiffel Tower

We’re not saying don’t go to the top, just don’t go the tower without buying your tickets beforehand. Buying elevator tickets in advance will save you time and money. If you want to save even more time, line up for the stair tickets. People feel the stairs are daunting, so you’re in for a short wait.

As soon as you enter the Louvre, just about everyone heads straight for Leonardo Da Vinci’s smiling girl painting. Don’t fall into this tourist trap. There are over 30,000 other pieces of art to see that are more spectacular and won’t have a secondary line.

Unfortunately, there are still lots of pick-pockets everywhere, no matter where you go. Of course, in a tourist area like Paris the chances that you’ll be robbed are higher. Keep a good handle on your possessions at all times and try to blend in with your surroundings.

Learn the basics of French

This may be asking too much if you’re only visiting for a short while, but knowing the language can get you much further than just using English. It’s almost a well-known fact that Parisians will ignore anyone who doesn’t at least try to speak French. If you happen to get lost or need to ask questions, try to make an effort to ask in French.

It may seem like a large upfront cost, but these passes can actually save you a bundle. If you’re planning on visiting more than five tourist areas while in Paris, an all-inclusive pass is the way to go. It also adds convenience as you don’t have to worry about individual tickets and can even bypass lines at some attractions.

Explore the city at night

It’s not called the city of lights for nothing. Strolling along the bridges and paths while taking in the city lights is more than enough to validate your time in Paris. If you can’t make it into any of the sightseeing destinations, you can always just go for a walk.

Posted in: Travel
Tags: eiffel tower | europe | paris | sightseeing in paris | tourist attractions | what to do in paris
SUBSCRIBE NOW
Free to join! Get the hottest fashion, beauty and celebrity news, enter exclusive subscriber giveaways and be the first to receive the full digital version of REAL STYLE magazine every month.
JOIN NOW! 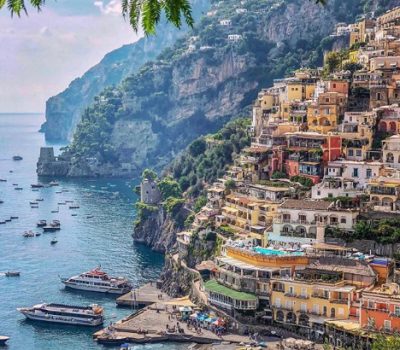 World’s Most Beautiful: The Jane Restaurant