In the midst of Fashion Week season all over the world, taking sartorial cues from the top street style stars can help you stand out in the crowd.  Here are some tips and tricks for achieving flawless street style.

In a day and age where so much value is placed on “likes,” it may well be worth your while to up your street style game. After all, does a good outfit even exist if it’s not captured on social media? For an easy lesson on how to upgrade your look this season, look to the ultimate fashion risk taker: the street style star. Arguably the main attraction at fashion weeks is now increasingly taking place off the runways and on the street. Here the most stylish pull out all the stops, dictating, alongside designers, what we’ll all want to wear next. Sporting the latest—and often yet to come—trends, the biggest street style celebs test drive early samples and help determine which trends we’ll most want to indulge in next. Even if big-name designers aren’t on your speed dial, here are five street style lessons you can put into practice now that will help you master a look that would make Tommy Ton take notice.

What’s old is new, and trends de jour rotate like hands on a clock—the key to updating standby pieces lies in the styling. This season, military is hot, hot, hot. And don’t call it a comeback; military never really went anywhere. A perennial favourite, army garb has existed as a fashion option since it got its first sartorial spin during World War II, when government-issued trench coats were favoured as everyday outerwear by regular civilians. Another major style moment for military was during the Vietnam era, when protestors sported army surplus as an antiwar statement. Iconic images of John Lennon and Yoko in military jackets and berets are still a relevant fashion influence. This season, it’s Marc Jacobs’ officer jacket mini dresses (belted, please) that have reignited style setters’ love affair with military influence. Swap your buttons with big brass ones to revamp military styles that you already own, and, when filtering through the racks, look for cargo pockets and cabochon detailing.

Any street style star worth her social platform knows that the next hidden fashion gem may lurk in the ordinary and even the downright practical. Exhibit A: the boilersuit, which first made its appearance last spring and is now enjoying a full-on sartorial moment. If you’re unfamiliar with the term, picture the coveralls sported by mechanics the world over, and you’ve got a pretty accurate depiction. Originally worn to protect the clothes underneath, this season the androgynous one-piece is the main attraction. While most street style stars reinforced the casual tomboy aesthetic with heavy sole runners (perfect weekend wear– comfortable and on trend), others, such as seen at Sonia Rykiel’s spring show, chose a dressier, more feminine, approach by accessorizing with a fur scarf and strappy heels.

Sometimes there is one key item so on point that it has the ability to update virtually any look. The trick is to discover the hot ticket before it sells out. This season, evidence points to Stella McCartney’s towering platform brogues as being said magical item. Scroll through any street style gallery and you’re certain to find a disproportionate representation of the shoe sported on street stylers. Whether covered in stars, a monochromatic sole and upper combo, or contrasting, Stella McCartney’s menswear-meets-flatform is certainly among the most popular options. Paired with culottes, stovepipe jeans, maxi skirt or mini dresses, this style is surprisingly versatile. Combining the towering height of an unforgiving stiletto with the comfort of a flat, it’s not difficult to understand why the fashion world is obsessed with this shoe. If you’re not able to get your hands on the real deal, the style has been re-interpreted at every price level.

In addition to an ability to forecast the next sartorial most-wanted is the ability to strut with a total disregard for the current season and climate. If you’re unsure what this means, challenge yourself to a game of “Where Are the Winter Boots” or “Spot the Toque” in any sub-zero street style snap—even during a blizzard. Or on the flip side, mega furs and outlandish layers during a heat wave. Street stylers are so committed to their look that they are willing to sacrifice comfort. On this note, this summer, it only makes sense that the most popular materials are traditional cold weather favourites such as suede and leather—a direct reference to the ’70s revival that continues to be strong. Specifically, suede fringe mini skirts and leather mini dresses at Valentino and Isabel Marant are high on the wish list.

As early adopters, true street style stars aren’t afraid to shock or tread on new territory when a style still seems strange and unfamiliar to the eye—such as when wide-leg cuts suddenly replaced long-favoured skinnies. Or when midi lengths took over from minis; or from platforms to single sole to flats and round again. It’s the daring street style maven who is willing to take the risk that often delivers a trend from bizarre to de rigueur. Whether it’s a new silhouette, colour combination or layering technique, street style stars are re-imagining and reinventing what works. This season, our bet is on (faux) face piercings, as seen at Givenchy and Acne, as the new statement It accessory (earlobes are so 2014). Mega impact that can be worn now well through next season, facial jewellery is sure to garner attention. Go the faux route and there’s little commitment or expense, perfect for when you’re ready to jump on to the next accessory. 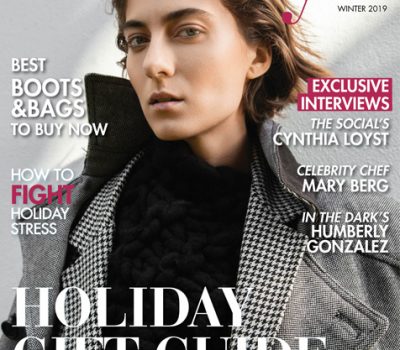 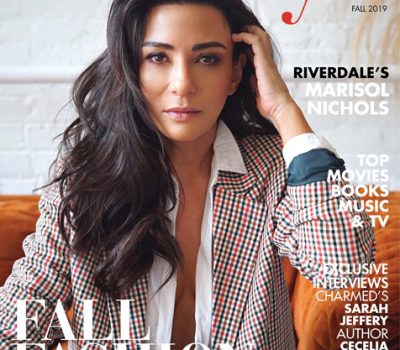