“Genius too often springs from tortured minds—the link has been very much in my thoughts, for obvious reasons,” Guinness says, touching on a possible correlation between creative greatness and a sensitive mental state. “But I think it would be somewhat fatalistic to say the two are inherently interconnected. I know some exceptional artists who are quite chipper.”

Given her pedigree, circle of friends and distinctive personal style (even her nail polish is a custom-blend red hue), one can infer that Guinness has been exposed to a multitude of eccentric personalities and incomparable life experience. The daughter of brewing heir Jonathan Guinness (of the Guinness beer fortune) and French beauty Suzanne Lisney, she was brought up shuttling between England and Ireland, and spent summers holidaying in Spain, where her neighbours included renowned surrealist artists Salvador Dalí and Man Ray. In 1987, at the age of 19, Guinness married Greek shipping heir Spyros Niarchos, son of shipping tycoon Stavros Niarchos. The couple had three children before getting divorced in 1999, at which time Guinness opted to revive her maiden name. Somewhere along the way, Guinness also reinvented her wardrobe, ditching her conservative duds to embrace her couture-friendly frame and accept her destiny as style icon.

With Guinness’ boundary-pushing, punk-inspired wardrobe and fearless style, including her signature blond and black skunk-streaked hair and countless pairs of teetering, heelless Mary Jane platform shoes (she heralded this footwear trend before it was adopted by the likes of Lady Gaga), her appearance is a visual experience. Guinness has even been known to design pieces herself if she can’t find exactly what she’s looking for.

“My fashion inspirations range from Isadora Duncan to Hedy Lamarr to Cleopatra,” says Guinness, adding, “I find inspiration in many things: a Joseph Mallord William Turner painting, walking around a church, a piece of music by Richard Wagner, or Bob Dylan, or Philip Glass…endless places.” With titles of artist, designer, singer, model, stylist, perfumer and film producer to her name, it’s clear Guinness’ creative instinct surpasses the average person’s.

Perhaps that’s why even the lens seems magnetically drawn to Guinness, as if trying to capture her intrigue and elegance. She is a muse to provocative photographer friends David LaChapelle and Steven Klein. However, whether model or collaborator, Guinness is deliberate in creating the image of herself that she wants everyone to see. “Our choice of clothing is deeply personal. It is equipment against the world or a means through which to embrace it,” says Guinness, adding, “Fashion is self-expression. It is the mood we are in: armor from our vulnerability or attestation of our exuberance. If I wear a hat, I might feel the need to put a shield against myself and the wind, or just the people I’m faced with that day. A hat says a thousand things.” And with that Guinness reveals something about her own vulnerability—that perhaps her confidence comes from knowing that if her clothes can do the talking, she doesn’t have to; clothing provides a disguise by becoming the focus of attention.

And yet, by captivating and commanding the spotlight, Guinness maintains her character and style queen status (her crown most likely an over-the-top Philip Treacy creation). Whether working with Dover Street Market on a range of clothing, to appearing in M.A.C. Cosmetics, NARS and Akris campaigns, or releasing her signature scent together with Comme des Garçons, she remains a leader on the fashion radar, with a wide-reaching fan following.

But what best demonstrates Guinness’ genuine commitment to her role as a patron of fashion is her desire to preserve pieces from fashion weeks past, to inspire future talent. “I trust [budding fashion designers] will feel stirred by the talent, vision and achievement embodied by works of designers who were once very much like them,” says Guinness, referring to the Isabella Blow Collection. “I hope they view it and feel inspired that there are people out there who, like Isabella, might one day champion their work.” 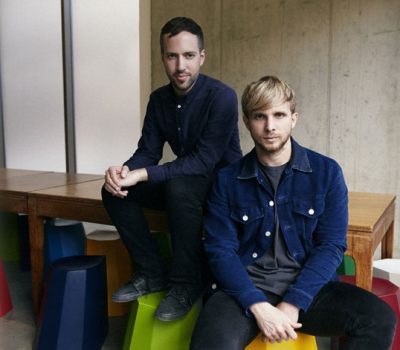 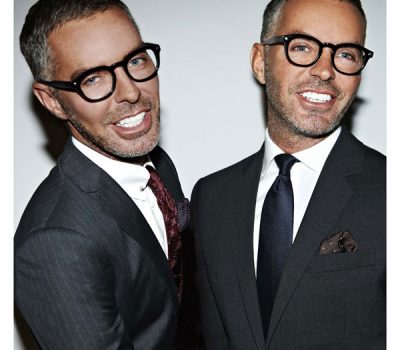