Fashion technology hasn’t yet taken off, but that may change thanks to Rebecca Minkoff’s newest venture into the fashion tech world.

According to WWD, the designer’s wearable tech will be put out in the form of accessories such as bracelets and will be available this holiday season. The stunning gadgets posing as jewelry will launch at Minkoff’s spring runway show next week. Her designs include a gold chain-link bracelet with a silver bar and pyramid studs that doubles as a wearable notification bracelet. The $120 accessory lets wearers know about calls and texts via a Bluetooth pairing with mobile devices. A $60 lightning cable bracelet connects to a USB cable to sync or charge a mobile device — and is beautifully decorated with flat gold studs and a clasp that hides connectors.

“We wanted to go after wearables in a different way,” Uri Minkoff, chief executive officer at Rebecca Minkoff, told WWD. “Health is covered [in the wearable space] but at the end of the day, our customer comes to us for fashion — and as we look at this fashion-function mix, it’s really where she’s living.”

Of course, this isn’t the first designer to embrace the wearable tech trend as Ralph Lauren introduced a smart shirt at the U.S. Open earlier this week Diane von Furstenberg worked with Google Glass to create her own collection of fashion tech. 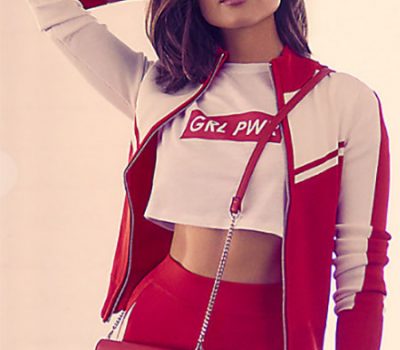