WATCH: Anna Wintour Take the ALS Ice Bucket Challenge and Almost Get a Bucket Dropped on Her Head

Yes, you read that headline correctly. Not even Anna Wintour herself could avoid the social media craze that is drumming up money for ALS.

The Queen of Fashion took to the challenge with seven of her young family members and was doused in not one — but TWO buckets of ice cold water — all in the name of charity.

Wintour isn’t the only name in fashion who is stepping up to the challenge for a good cause, either! Other fashionistas such as Cara Delevingne, Suki Waterhouse, Kate Upton, Gisele Bundchen, Behat Prinsloo, Lily Aldridge, Gigi Hadid, Karolina Kurkova, Andreja Pejic, and designer Diane von Furstenberg, have all donated their time to the worth-while cause. Be sure to check out our round-up celebrities who have taken the plunge, too! 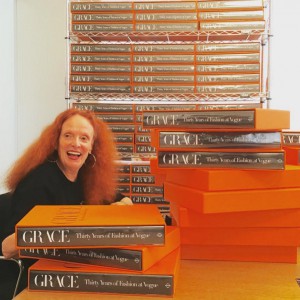 Grace Coddington Steps Down As Creative Director At “Vogue”