Target Is Taking A Pop-Up Shop Across Canada In A Bus Starting Friday!

If you’re totally bummed that Target hasn’t opened it’s Canadian stores yet and now you’re totally swamped with holiday shopping, you’re in luck. You don’t have to run to the boarder to hit up Target anymore! Target is taking their merchandise on the road across Canada… in a bus… to 20 different Canadian cities. How cool is that?! The Target bus is making like early Canadian settlers and going from the east to the very west of Canada over the course of two weeks. The Target holiday shopping roadtrip extravaganza gets started in Halifax at Dalhousie University this Friday, November 30th, and will make its way to British Columbia by mid-December.

We can’t think of a more exciting pop-up shop for our holiday shopping needs. The Target roadtrip will also feature guest performances at its stops across Canada, holiday goodies for shoppers and photo opps with Bullseye, the dog. You can follow the whereabouts of the Target bus on Target’s Facebook and Twitter. We’ve never wanted to be a fashion roadie so badly!

And we thought we’d have to wait until March 2013 to shop at Target on Canadian soil! It’s a holiday miracle! Okay, maybe that’s a stretch, but we’re still pretty stoked. Check out the photo of inside the Target Canada roadtrip bus below. 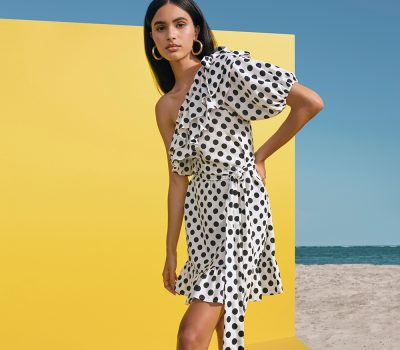 Chic Coats To Wear This Winter