The girls of CW’s 90210 are known as much for their killer sense of style as they are for their theatrical acting skills on the show. With the new season of the popular drama featuring affluent teens starting up once again, we decided to take a look at some of the best fashion moments from its past season.

AnnaLynne McCord looked ravishing as the scheming vixen Naomi in this long blue dress with an Angelina Jolie-worthy slit last season on 90210.

In this scene from the drama-filled wedding episode from the spring season, Naomi made her grand entrance at the big event in a fitted white mock-necked dress featuring bold stitching detail on the sleeves. Her overall look was striking, elegant and very bold.

While Madison’s big day last season may not have gone according to plan, her wedding day fashion and beauty was right on point. The beautiful bride (played by Caitlin Thompson) appears here with delicate vintage-inspired curls, soft pastel makeup, and an ornate pearl necklace.

Annie (played by Shenae Grimes ) is dressed to kill in this above shot, in a simple yet sophisticated look which features glossy dark locks and dark eye makeup. The white V-neck blouse with an embellished collar works perfectly with her black high-waisted skirt.

Once again, drama queen Naomi manages to steal the show in this now famous scene which has been described as one of the program’s most stylish moments. The stunning white Tadashi Shoji gown has received rave reviews after its appearance on 90210. In this arresting swimming pool scene, Naomi and her dress certainly made, well, a splash to say the least! 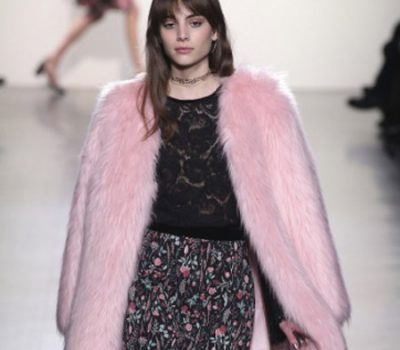 Hottest Fashion Must-Haves For This February 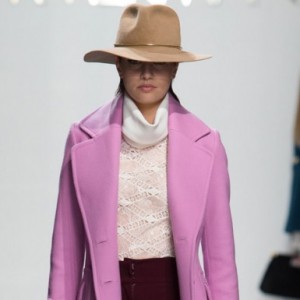 Amethyst Orchid Rules The Runways- How To Wear The Colour

Try The Pale Pink Trend From The Spring/Summer 2015 Runways