After complaints about a Miu Miu ad in Europe, the fashion house has been cleared of the charges of using models who were too skinny. People felt the model in the ad was too skinny, but after looking into it the Advertising Standards Authority found that they used makeup, lighting and the clothes to make the model appear slimmer than she is. [Telegraph]

Balmain is said to have hired a replacement for former creative director Christophe Decarnin. Stylist Melanie Ward was expected to be on the top of the list as she recently joined the fashion house. Balmain says they are going to be hiring a lesser known designer as they did with Decarnin. The announcement is expected within the next few days. [The Cut]

Christian Louboutin is suing another company, Carmen Steffens, of trademark infringement. Carmen Steffens released a statement saying they have been making shoes with coloured soles (of all different colours) since 1996, so they are surprised about the lawsuit. This comes only a week after Louboutin filed the same lawsuit against Yves Saint Laurent. [WWD] 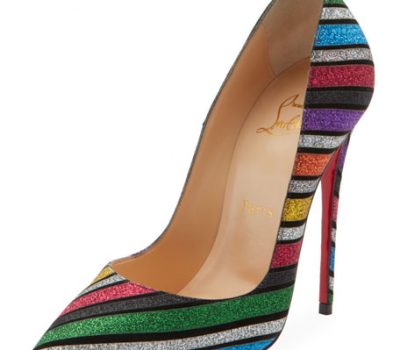