Lucian Matis chose to show independently this season at the Design Exchange on Bay St. The venue was beautiful with dimmed lighting and Lucian Matis’ name in lights with 500 light bulbs, it definitely did the trick of adding pizzaz to the dramatic collection.

Backstage, the models’ hair was styled in elaborate textured hairstyles which were braided in the back. The models nails were incredibly detailed with gold polish and black crystals and fringe hanging well past the nail. Makeup, done by Smashbox, was neutral with contouring and a nude lip. The backstage area was hectic to say the least. Volunteers ran around organizing outfits to dress models, the show producer tried to keep everyone on track, and Lucian did his best to keep everything on schedule.

Despite the hectic backstage area, the show couldn’t have gone any better. Lucian offered chunky knits, fringe detailed dresses, a crystal embellished vest with crochet sleeves, and a crystal encrusted dress that would flatter many different body types and would be perfect for holiday parties. Canadian model Addison Gill, who has walked shows in Milan and Paris and has been featured on the cover of Flare magazine, walked the show. Lucian’s shoe choices, discovered backstage, were sky high black crystal encrusted pumps and patent leather shoes with black bubbles attached to the front of the shoe.

After such a glamorous collection it’s hard to think of any show topping the perfection Lucian Matis showed. When I headed back to Heritage Court afterwards, guests who also attended the show were still talking about his pieces.

See our pictures from backstage and the runway: 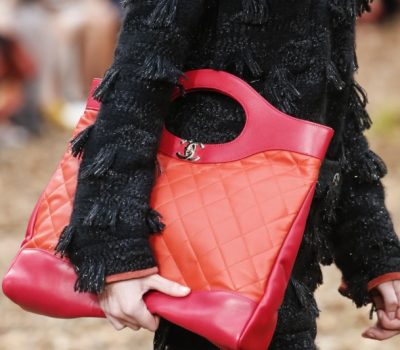 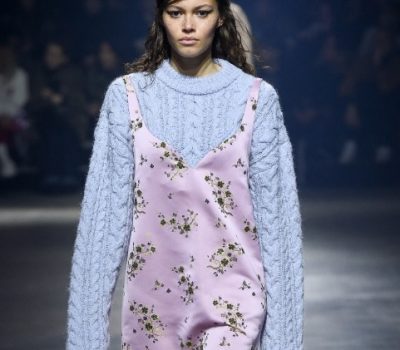 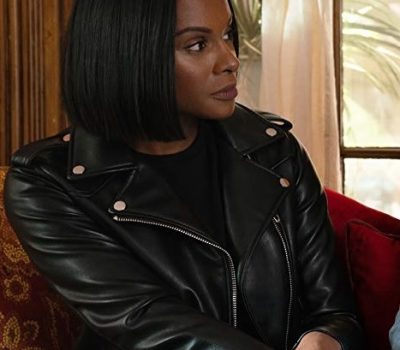